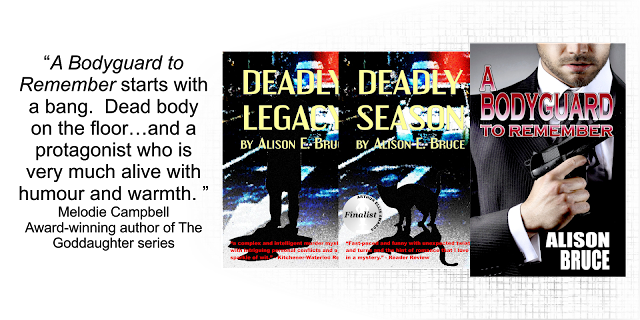 A BODYGUARD TO REMEMBER 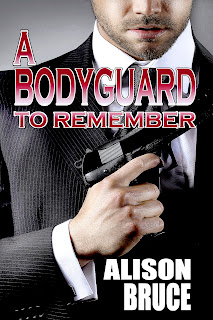 Prudence Hartley has the same problems of every other single mom: getting her kids to school on time; juggling a gazillion errands while trying to get a full day's work done; oh, don't forget about dinner.

But everything is about to change for Pru when she finds a dead man in her house. Or a dead spy to be exact. Suddenly Pru's problems become a tad more complicated and a lot more dangerous. When a federal agent named David Merrick shows up and whisks her and her kids into protective custody, Pru has so many questions running through her brain she doesn't know where to begin. How is she going to keep her kids safe? What was the dead spy looking for in her house? Why are they after her now? Oh and there's one more question . . . just a pesky, minor thing. Why does Merrick have to be so damn sexy and protective?

"I loved a lot about this book but I adored Pru, who has so much love in her that everyone she meets automatically becomes family. Including the agents!"
Amazon Review 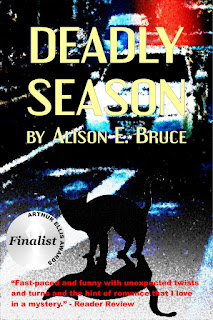 Kate recently inherited half her father's private investigation company and a partner who is as irritating as he is attractive. Kate has been avoiding Jake Carmedy for years, but now her life might depend on him.

Kate and Jake are on the hunt for a serial cat killer who has mysterious connections to her father's last police case. Kate's father had been forced to retire when he was shot investigating a domestic disturbance. Is the shooter back for revenge? And is Kate or Jake next?

"Beginning with a serial cat killer and moving into more serious and dangerous territory, the plot is surprising and interesting. There's a touch of romance, a great mystery, and a setting that's out of this world (or out of this present world, I should say)."
Catherine Astolfo, award winning author of Sweet Karoline 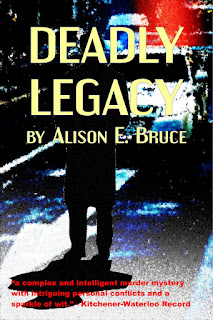 When Joe dies unexpectedly, he leaves his daughter Kate half interest in Garrett Investigations, his last case that ties to three murders, and partner she can't stand. Jake Carmedy has lost a partner, mentor and friend, but grief will come later. First, he has a case to solve, one that has detoured from a simple insurance case to a murder investigation. If that isn't enough, Joe's daughter seems to want to take her father's place as his boss.
No matter how hard they try, Carmedy and Garrett can't avoid each other and they might be next on a killer's list.

"This is a complex and intelligent murder mystery with intriguing personal conflicts and a sparkle of wit... Her style? Mix some Richard Castle with some Dashiell Hammett, add a dash of Max Headroom and garnish with murder. Serve iced with a Agatha Christie-worthy finale."
Kitchener-Waterloo Record