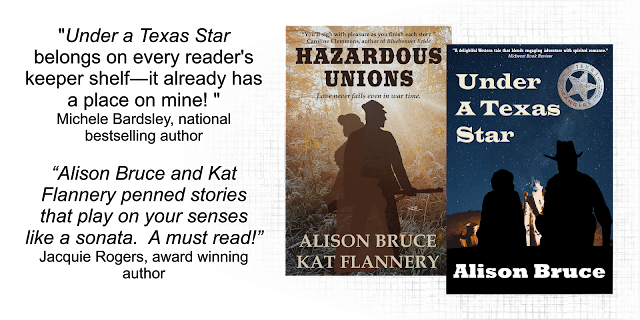 UNDER A TEXAS STAR 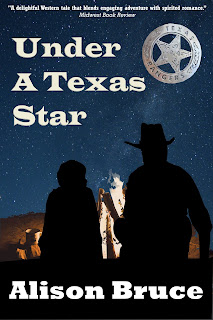 Disguised as a boy, Marly joins a handsome Texas Ranger in the hunt for a con man and they must bring the fugitive to justice...right after finding a murderer.

When Marly Landers is fooled by con man Charlie Meese, she's determined to bring him to justice--even if it means dressing up as a boy and setting off across the plains to find him.

Texas Ranger Jase Strachan is also after Meese, for crimes committed in Texas. He joins forces with the young boy in a journey that takes them to Fortuna, where a murder interrupts their mission. Jase is duty bound to find the killer, no matter the cost.

Under the Texas stars, Marly and Jase are drawn together by circumstances beyond their control, yet fate plots to tear them apart. Will Marly finally get her man?

"This is a rollicking adventure and Marly Landers is a girl with True Grit."
Phyllis Smallman, Arthur Ellis award-winning author of Champagne for Buzzards 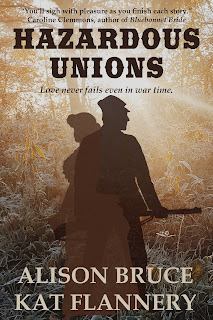 After the death of their father, twin sisters Maggie and Matty Becker are forced to take positions with officers' families at a nearby fort. When the southern states secede, the twins are separated, and they find themselves on opposite sides of America's bloodiest war.

In the south, Maggie travels with the Hamiltons to Bellevue, a plantation in west Tennessee. When Major Hamilton is captured, it is up to Maggie to hold things together and deal with the Union cavalry troop that winters at Bellevue. Racism, politics and a matchmaking stepmother test Maggie's resourcefulness as she fights for Bellevue, a wounded Confederate officer and the affections of the Union commander.

In the north, Matty discovers an incriminating letter in General Worthington's office, and soon she is on the run. With no one to turn to for help, she drugs the wealthy Colonel Cole Black and marries him, in hopes of getting the letter to his father, the governor of Michigan. But Cole is not happy about being married, and Matty's life becomes all about survival.


"You'll sigh with pleasure as you finish each story"
Caroline Clemmons, author of Bluebonnet Bride