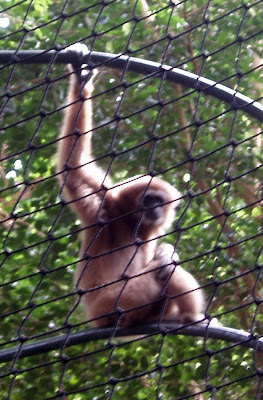 It's March Break, the kids are home, and for some reason my mind turns to the zoo.

For a couple of years, the Toronto Zoo was our destination of choice for outings during school breaks. I bought a family membership and the trip from Guelph to the opposite end of Toronto seemed worthwhile when each visit meant getting greater value from my investment.

Then came the year that we were coming home from the zoo the same day the aircraft crashed at Pearson International. It took us six hours to get home -- I've driven to Ottawa in less time. The next year we decided to do something different.

Now I'm not sure I could coordinate an outing to the zoo. There are so many schedules to juggle -- not to mention the expense in belt-tightening times. Then the ravening horde, known as my son and his friends, stomp through the house and I think again.

Did you know that Hippopotamuses have killed more people in Africa than all the lions, elephants, and water buffalo combined, usually by trampling? You should see what three or four boys can do to a living room. 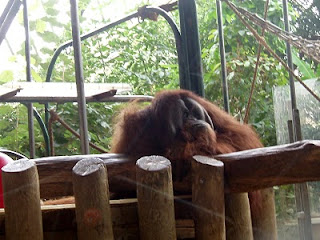 Still, I think I prefer the stampede over the whine: "I'm bored."

"Go outside and play."

You always know you're in trouble when they eek another syllable out of "Mom."

With my kids it works both ways. When I call out "Sa-am! Kay-ate!" they know there about to be asked to do something they don't really want to do... like go to bed. 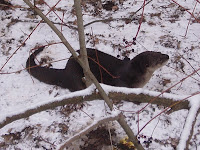 My kids think that March Break should include a break from bed times. Sure, I let my thirteen-year-old daughter try to stay up all night "chatting" with her best friend -- once. But I know what my son is like if he doesn't get enough sleep and I'm not going there.

Speaking of which, I "Otter" go to bed now myself.