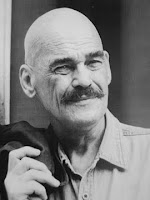 
“Classic” murder mysteries are formal exercises. There are rules. Rules of course are made to be broken, but if you do, you’d better have a good reason. And you still have to satisfy the essential nature of the piece.

One of the cardinal rules of a whodunit is that the murderer must show up early in the story. This is essential for a satisfying resolution. You can’t drag in a character three-quarters of the way through and then reveal them as the killer. This is unfair to the reader. Mystery readers are trying to figure out who the killer is before the end. Good writers not only establish the character early, they give enough information that a discerning reader could if they connected the dots, figure out the answer.

Of course the clever mystery writer doesn’t want that to happen; they want the reveal to be a big surprise. To make it a surprise, they must present the reader with a number of plausible alternate suspects, each one of whom has a motive compelling enough to warrant a murder.

This is where the character and background of the victim come into play. Murder investigations begin with examination of the victim’s life – last known contact, last known whereabouts, personal connections – gradually building up a timetable and a map, and along the way gathering a roster of suspects: Who did the victim offend? Who did they threaten? What did they have worth stealing, or worth dying for?

If this was a motiveless crime, a random killing, the work of a serial murderer, then you aren’t writing a whodunit, you’re into procedural territory. I will grant that in some cases the intended victim wasn’t the person murdered. It could have been a case of mistaken identity, it might have been part of a plot to hurt, or implicate, or or humiliate, or simply pay back the real target of the crime. No matter. For whatever reason they were killed, something or someone in the life of our victim was responsible for their death.

How your searcher goes about his or her business is up to the writer. My sleuth, Joe Grundy, tends to be dogged and not especially insightful, mostly following his nose. At the other end of the spectrum would be the Sherlock/Poiroit type who sees all and remembers everything, no matter how small.

Some detectives are cynical and think the worst of everyone, some are romantics and consider solving the crime to be a quest for justice. Sometimes a detective is forced by circumstance to become involved, to clear their name or the reputation of someone they care about. Some, like the absolute classic private eye, Raymond Chandler’s “Philip Marlow”, follow a trail no matter where it leads, endure, survive, and keep on going, simply because it’s the job they hired on for. To do less would be unprofessional, and somehow dishonorable. But however they go about the search, the detective must stay the course. The longer they follow the trail, the more they learn about the victim, the longer the list of suspects grows, until the real killer becomes only one of many, hiding in plain sight, slowly fading into the background. Then, if you’ve done your work properly, the reader almost forgets about them, or dismisses them from consideration.

Until the end. That’s where you want the reader to say, “Of course! Who else?”

Marc Strange is the author of the “Joe Grundy Mysteries” Dundurn Press. His first novel, Sucker Punch, was short-listed for the Ellis Award as Best First Novel, 2008. The second entry, Body Blows, won the Edgar Allen Poe Award as “Best Paperback Original” for 2010. The third entry, Fat Lip, is scheduled for 2011.
Follow Me Down, the first entry in his new series, the “Orwell Brennan Mysteries” ECW Press, was published in May of this year, and two more are on the way, Woman Chased by Crows, scheduled for 2011, and a third entry, as yet untitled, scheduled for 2012.