I don't know about the rest of you, but my excitement is mounting as Under A Texas Star gets closer and closer to publication. The contract is signed. My advance has been received. Now, after being consulted on the earlier versions, Imajin Books has sent me the two finalist for the cover art.

Which one do you think should be the cover of my upcoming mystery/romance/western? 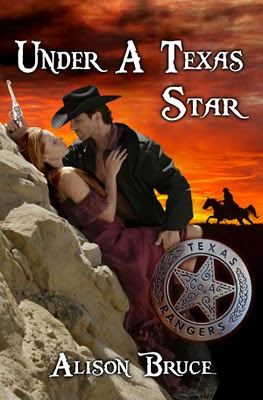 After flipping a coin, this design was designated Cover A. Below is Cover B. 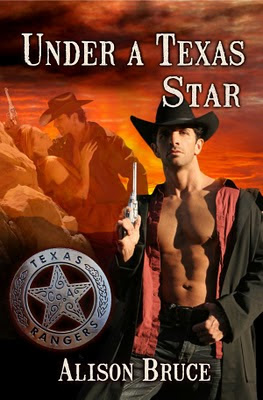 There's a poll in the sidebar of this blog where you can vote for your favourite. Get your vote and comments in by April 15, 2011 and I'll pass it along to Imajin Books. They'll make the final choice, but your input might sway their decision. If nothing else, this inquiring mind wants to know what you think.
cover art mystery publishing romance Under A Texas Star westerns