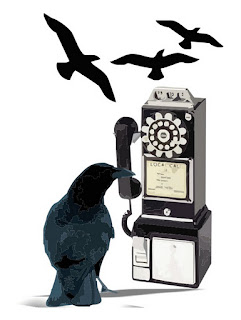 On the fourth day of Christmas...


On the fourth day of Christmas "My True Love" gave to me
Four calling birds, three French hens, two turtle doves
And a partridge in a pear tree

Having no idea what a "calling bird" was, my ex - oh yes he is definitely my ex now - sent me four CAWING birds. These being crows and my neighbours being superstitious, an argument ensued. Mrs Poppalov insisted that four crows meant I was going to give birth to a son. Mr Poppalov insisted that I was about to die. I'm not sure who made the most noise, the crows or the Poppalovs.In any case, one of my other neighbours called animal control.