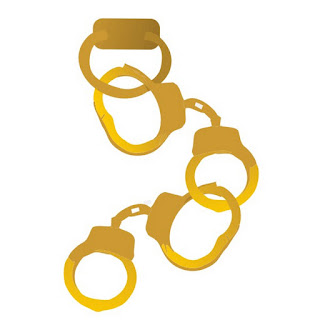 On the fifth day of Christmas...

On the fifth day of Christmas, My True Love gave to me
Five golden rings.


No birds, fair or fowl, my ex showed up in cuffs and leg shackles. How he managed to escape custody is anyone's guess. The police were hot on his heels. It turned out he was stealing the livestock from a local farmer - the same one who bought my "presents" when the neighbours complained about the smell. (They don't call chickens fowl for nothing.)

Obsessed as he was, my ex wanted to deliver the five golden rings before skipping town. He also wanted to borrow my hacksaw. Unfortunately for him, I was giving my statement to a rather handsome police detective when he arrived.