The Year of the Water Dragon 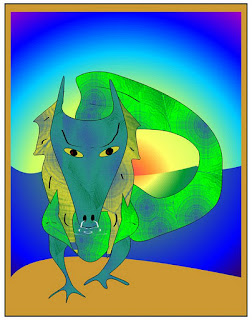 I love Chinese New Year. Not only is it an excuse to slurp your noodles (long noodle = long life), but it happens well after the maddening rush of Christmas holidays. And it last fifteen days! You don't have to crowd all your celebrating into one night.

My favourite part is welcoming the animal of the year. In case you haven't heard (or seen the commemorative stamps), 2012 is the year of the Water Dragon.

There are many useful and interesting websites about the Chinese New Year. (I just got side-tracked on a Chinese New Year Quiz.) Most will tell you what your Chinese Zodiac sign is and an explanation of how you will do in the year that will range from a paragraph to a page in length.

Here is my down and dirty version: