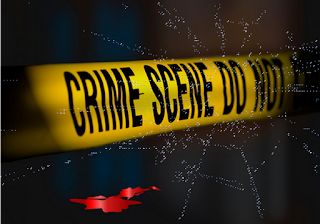 Oh the things I could tell you about this book!

The most important thing is DEADLY LEGACY is now available on Kindle.

The characters came to me in a dream. It was like watching a movie (and sometimes acting in it). Jake Carmedy was played by Hugh Jackman and Kate Garrett looked like Ezri Dax from DS9  - though now I'd compare her to Nell in NCIS LA.

The City they come from is a near future version of our own. It started with an interview with our police chief at the time. We talked about community policing and my imagination started running a bit wild. Blame it on being a mystery and sf reader at the same time.

Talking to active and retired police officers reigned in my imagination a little. As any cop will tell you, what you see on TV ain't necessarily so. A Canadian police constable will add, and it doesn't work that way in Canada. I knew I'd be taking liberties with realism - I'm a storyteller, right? But I wanted the liberties to be mine, not stuff I saw on TV or read in someone else's (no doubt fine) book.

So, in my mind's eye, Jake Carmedy doesn't look like Hugh Jackman anymore. He looks like Jake - an ex-soldier turned private investigator and consulting detective. Kate Garrett isn't Nell. For one thing, she meets the minimum height for a police officer. Kate doesn't do cute - unless she's acting a part. She wears sensible shoes and only once got caught in the rain without her trench coat.

Even in the future, the past can kill you...


In 2018, rookie detective Kate Garrett lives in the shadow of her near-legendary father Joe. When Joe dies unexpectedly, he leaves Kate half interest in Garrett Investigations, his last case that ties to three murders, a partner she can't stand and a legacy to live up to.

Jake Carmedy has lost a partner, mentor and friend, but grief will come later. First, he has a case to solve, one that has detoured from a simple insurance case to a murder investigation. If that isn’t enough, Joe’s daughter seems to want to take her father’s place as his boss.

No matter how hard they try, Carmedy and Garrett can't avoid each other—and they might be next on a killer's list.