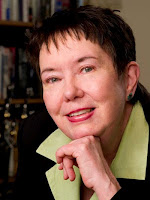 Welcome to Rosemary McCracken, author of Safe Harbor. Rosemary is a fiction writer and a freelance journalist who lives in Toronto. Her first published mystery, Safe Harbor, was shortlisted for Britain’s Debut Dagger in 2010. It was released by Imajin Books this spring, and is available as an eBook and a paperback on Amazon.

Being a character driven author myself, I had a character-related question for Rosemary. When her protagonist, Pat Tierney, first learned that little Tommy Seaton was her late husband’s son, she wanted nothing to do with him. How did she come to accept him into her family?

From Pain to Gain

Talk about getting off on the wrong foot!

It started when Tommy’s mother barged into Pat Tierney’s office on the day before New Year’s Eve and delivered a bombshell that turned Pat’s world upside-down. The woman introduced herself as Jude Seaton and she said that Michael, Pat’s late husband, was the father of her seven-year-old son. Adding insult to injury, she’d brought the kid with her. Tommy was sitting in the reception area playing a video game on a hand-held device.

Pat took one look at him and her heart did a flip-flop. The boy was a miniature Michael: the same liquid brown eyes, the same wavy brown hair. He even had Michael’s dimple on the right side of his face.

And Jude had the nerve to ask Pat to look after him for a few days. She said the kid might be in danger.

Pat lost it. The man she’d loved since she was nineteen had lied and cheated and played her for a fool. Just like this woman was trying to do. “Get out,” she told her. “Now.”

And the woman did. She shoved Tommy’s booster seat into Pat’s arms and dropped his backpack on the floor. Then she bolted out of the office, leaving the boy behind.

What could Pat do? She was planning to spend a few days away in cottage country with her daughters and now she had young child on her hands. Michael’s son. A child she wanted nothing to do with.

But she took him home with her. She called Jude’s house all evening and early the next morning. Nobody picked up. She left a detailed message on Jude’s voice mail, and took Tommy up north with her daughters. 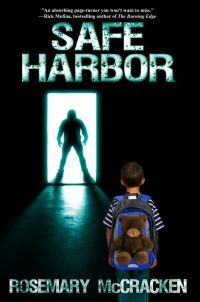 That’s how it began. At first, Pat’s girls, Tracy and Laura, had no idea that Tommy was their half-brother. Pat kept that from them for a while. She thought they’d blame her for their father’s affair, that they’d assume she hadn’t made their dad happy.

The day after she’d brought Tommy to Pat, Jude was found – murdered in her home. It was left to Pat to tell Tommy about his mother’s death. Her heart ached for the small boy who now had no parents. Was he alone in the world? Who would take care of him?

Jude’s family was located, but only his frail grandmother showed an interest in the boy. And the police believed Tommy might be the killer’s next target, and that Jude’s family and friends would be the first place the killer would look for him. So Tommy stayed with Pat for a few more days. He was a cute kid, and despite his terrible loss, he was friendly and trusting. Pat couldn’t help but like the boy.

Then his family sent him to a boarding school. The day Tommy left, Pat’s heart just about broke. A seven-year-old boy who’d just lost his mother packed off to an institution? Her only consolation was that the school’s security was tight. She figured Tommy would be safe there.

And through all of this Pat was trying to sort out her feelings for Michael and her memories of their marriage. They’d met at university and had been married nearly twenty years. She’d thought they’d had a good marriage. But now she knew about Jude…and Tommy. How many other affairs had Michael had over the years?

After a week at boarding school, Tommy went his grandmother’s home for the weekend. On Friday evening, he took her dog out to the backyard. And vanished. Pat was devastated to hear this. Where was he? How was he being treated? Was he…alive?

And Pat began to feel compassion for Jude. She’d been shocked when Jude had been killed. No one deserved to die before her time and to die so horribly. But it had been like hearing about a stranger’s death on the evening news. Pat had only met the woman once, and the meeting had not been pleasant.

Now she saw Jude as a fellow mother. Jude had been frantic with worry about Tommy, caught in the middle of whatever trouble she was in. She needed a safe place for him to stay. Pat could certainly relate to that. She knew what it was like to love a child, to be willing to give up her own life in a heartbeat to save that precious little life.

When Tommy was found alive and well the next day, Pat took him into her arms, inhaled the little boy scents of citrus and chocolate, and realized how much this child meant to her. It didn’t matter that he was Michael’s son. It didn’t matter at all. She only felt sad that Michael never got to know the boy.

And she knew she’d do anything to keep Tommy safe. His mother’s killer had to be found and put away.

Later, after she’d discovered what Jude had been mixed up in, after two attempts on her own life, after she’d brought down the leaders of the gang that had terrorized Jude, after the dust had all settled, Pat told her daughters who Tommy was. They were upset to hear about their father’s affair, but they thought it was terrific that Tommy was their brother. And they wanted him to live with them.

Pat hesitated. Her youngest, Laura, would be in university the following year. Tracy was beginning a law career. Soon they would be out on their own. Pat didn’t really want to be a hands-on parent again.

But her thoughts turned to the small boy with Michael’s eyes. As the girls had said, Tommy was part of their family. He was their half-brother. He was Michael’s son. He was Pat’s…he was Pat’s child, too. Because family can extend beyond blood ties.

And the Tierneys had a big house, a friendly dog and a spare bedroom. They had plenty of room for Tommy. And plenty of love to give him.