Jubal Denton rode down the deserted street on his tired gelding. He and Red had been pushing both their limits to get to Willow Bend by Christmas Eve. The wind they’d been battling the whole way rolled tumbleweeds the size of a cow down the street towards him. Where was everyone? The streets were empty and the shutters closed on every building along Main Street. The place looked like a ghost town.

His stomach grumbled as he headed toward old man Mitchell’s livery. The doors on the building were closed to the bitter wind rolling through the streets. Jubal’s muscles ached from the cold and long hours in the saddle. All the way here all he could think about was Suzie’s cooking. He’d been living on dried meat and biscuits for weeks as he chased the Eagers gang.

He opened the livery door and led Red into an empty stall. Red snorted and sidestepped as Jubal loosened the cinch. “What’s the matter boy?” He reassured the gelding with a pat on the neck, gave him a portion of the oats from a barrel at the end of the stalls, and slung his saddle bag over his shoulder.

Back out in the wind, Jubal strode down the street heading for Suzie’s restaurant. The scent of gingerbread made his mouth water and his gut growl. Sniffing the air, he followed the spicy aroma to Suzie’s place. But the windows were dark and the door locked.

Jubal stepped off the walkway and stood in the middle of the street. Where was everyone?

A choir of angels, or so it seemed, sung Silent Night.

He knew where the town folk were.

His heart picked up the pace of his feet, as he trotted toward the church on the hill. The voices grew in strength as he neared the small white church. He stepped across the threshold and Suzie moved out of her place in the choir and ran down the aisle into his arms.

“I knew you’d make it by Christmas Eve if nothing happened to you,” she said, burying her head between his shoulder and neck.

“I promised you a Christmas wedding.” Jubal tipped her chin up and kissed her in front of the whole congregation.

Wife, mother, grandmother, and the one who cleans pens and delivers the hay; award winning author Paty Jager and her husband currently ranch 350 acres when not dashing around visiting their children and grandchildren. She not only writes the western lifestyle, she lives it.

Historical Western Romance
Logger in Petticoats
Hank Halsey believes he’s found the perfect logging crew—complete with cooks—until he discovers Kelda Nielson would rather swing an axe than flip eggs. As he sets out to prove women belong in the kitchen, he’s the one in danger of getting burned.
Available at Kindle, Smashwords, and  Nook

Contemporary Action Adventure Romance
Secrets of a Mayan Moon
Child prodigy and now Doctor of Anthropology, Isabella Mumphrey, is about to lose her job at the university. In the world of publish or perish, her mentor’s request for her assistance on a dig is just the opportunity she’s been seeking. If she can decipher an ancient stone table—and she can—she’ll keep her department. She heads to Guatemala, but drug trafficking bad guys, artifact thieves, and her infatuation for her handsome guide wreak havoc on her scholarly intentions.
Available at Kindle, Nook, and Smashwords 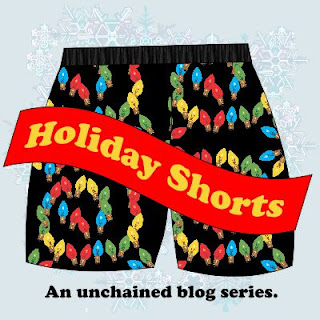