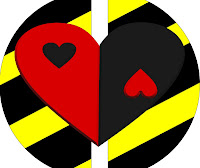 
I knew from the start this gig was going to be a bitch.

I was an outsider – refuse dropped into a pond. Well-dressed, well-heeled patrons flowed around me as if I didn’t exist. I was flotsam in the ornamental fountain of commercial enterprise, aka The Mall.

There was a time when a body could get out of the cold for a few hours for the price of a cup of coffee and the willingness to move around now and then, pretending you might buy something. That was before shops with store-width doors adopted controlled entrances, before mall cops could ticket or arrest you for loitering. Now children under the age of sixteen weren’t allowed in the mall unaccompanied. Loitering got you a ticket with a fine. Accumulate a few tickets and the mall cops, now armed with tasers, could detain you in their lock-up until the real police had time to pick you up.

I was jostled by a waif-like woman heading for The Retread Spa. Without so much as an ‘excuse me’, she swiped her credit card at the store gate and thumbed the scanner to verify identity.

Clever innovation, pioneered by the mall to reduce losses from shoplifting. Swipe your credit card on the way in. Shop. Take your items to the clerk to register warrantees, apply discounts and credits, even make payments – or not. When you leave, a scanner registers any unpaid merchandise and charges it to your account. No credit card? No entry.

I stopped in front of a card and gift shop– one of my favourite hangouts as a teen. I loved looking at the merchandise, imaging who I might give a heart-holding teddy bear and which card I’d want to receive from the secret admirer I never had.

“Put your hands up and turn around slowly.”

The bull-horn enhanced voice sent a rush of adrenalin through me. I wanted to run. Instead, I put my hands up slowly and turned around.

I had a moment to take in the scene before I was shot. Six mall cops in flak vests and SWAT black had formed an arc, closing me in. Then I was hit.

I forced my eyes open. Hanging over me was a guy in a black uniform. Instead of a flak vest, he had a white armband with a red cross on it and a stethoscope around his neck.

“That was full charge,” I mumbled.

I grabbed him by the shirt front. He tried to pull away and only succeeded in dragging me up with him.
“You are not a paramedic,” I stated, getting my feet under me. “You are an actor playing a paramedic. I was hit with a full charge – or damned close to it.”

Sidney, the associate producer of this dramatisation, patted my shoulder in an avuncular way. I let go partly because he was right, but mostly to twist away from Sidney. The pseudo-medic backed away a few steps then exited hastily, stage right.

“The clients want shock value,” Sidney explained. “The director gave it to them.”

“That too,” he said with a shrug. “You did good. I’ve included a bonus to take the sting out.”

He handed me an envelope and held out his PDA for me to sign the electronic receipt. To his dismay, I opened the envelope first. Three hundred dollars cash, two one-hundred dollar mall cards, and a fifty dollar coffee card, usable at all franchise outlets in North America.

“It was supposed to be four hundred cash and one hundred in mall money.”
Sid shrugged.

“Throw in another coffee card bonus and I’ll sign,” I said, prefacing my request with a resigned sigh.
“Deal!”

He handed over the card, trying hard not to smile too much. The coffee cards didn’t cost his production company anything. Me making a fuss could have cost him plenty.

Tired and sore, I pushed my way through the crowd.

I looked up into the familiar face I had seen earlier. His black uniform was faded and had wear-marks from his flak vest. Caine was the real deal and a good friend. I found a smile. At least, I hoped it was a smile. Hard to tell after being tasered.

We struck out for the coffee shop – one of the few places that catered to the well-heeled and down-trodden alike. Passers-by gave us a wide berth, probably thinking I was his prisoner. Finding a table was easy. Caine laid claim to the table with my pack while I joined the line. When I felt him behind me, I dug into my wallet and pulled out the gift cards. I pocketed one of the coffee cards and handed the rest to him.

He looked at the coffee card then the mall cards.

“You were supposed to get one hundred. Did they give you a bonus for electrocuting you?”

I rolled my eyes. “The coffee cards are the bonus.”

He started to hand me back one of the mall cards. I waved him off. “I’m fine right now. I’ve got a big gig as a stunt double in a Milk Board commercial next week. Union rates.”

Caine wasn’t listening. He’d spotted someone he knew at one of the tables. Though she was barely out of her teens, she had four children in tow. Caine stepped out of line to stop a toddler from toppling a display of travel mugs. Twin infants were in a double stroller, and there was a boy that looked to be five or six years old sitting at the table. Caine exchanged a few words with the mother. Her face lit up and I guessed what happened, but was distracted by someone demanding my attention.

“How can I help you today?” Even weary, the barista tried to sound cheerful.

I ordered coffee and sandwiches.

“I was supposed to buy,” Caine said, when he returned.

He didn’t say anything until he’d got our food tray and we were settled at the table. We sat at right angles to each other so we didn’t have to raise our voices to be heard. Below the table our knees touched.

“Melissa is just making her bills. I only wish I could get her grocery cards instead of mall money.”

“Are they all her kids?”

“The twins are hers. The older ones belong to a neighbour. Melissa babysits them for extra cash. I’ll use the other cards to buy twenty-dollar food-court vouchers and spread the love but...”

“You don’t have to explain,” I interrupted, covering one of his hands with mine. “I trust your judgement completely.”

He turned his hand to clasp mine – a big gesture for a man who didn’t display affection in public.
“Will you come on location with me?” I asked between bites of my sandwich. “It’s only a couple of days away from the job and...”

He stopped me with a finger to my lips. Another display of affection. I felt an almost electric tingle of pleasure.

“Your place?” Caine lived in a spacious brick bungalow. I lived in a cramped one-bedroom with paper-thin walls.

Nodding, he washed the last bite of his sandwich down with a gulp of coffee. “You should move in. If we shared expenses you wouldn’t have to take jobs like the one you did today.”

I shrugged a gave him a self-deprecating smile. “I know it wasn’t the most ethical contract I’ve ever accepted, but at least part of the money is going to off-set the damage the ad campaign will do.”
His mouth compressed into an angry line.

“You’ve done nothing to be ashamed of,” he asserted. “It’s your safety I worry about. What they did today...”

I grabbed his clenched fist and felt it relax under my hand.

“I’m okay. Evidently, the mall wanted shock value.” I grinned. “Imagine their shock if they knew what we were doing with their gift cards.”

His eyes crinkled in a amusement.

“I still want you to move in.”

“Because I love you. Shocked?”

He pressed his knee against mine. “Seems to be your day for that.” 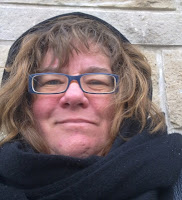 Alison started writing stories for other people when she was twelve. She lost her first novel in the women's washroom at Ryerson University (not known if it was stolen, or if she flushed it). She is the author of Deadly Legacy and Under A Texas Star, published by Imajin Books. Alison is also the Publication Manager of CWC and part-time tech guru to the technologically challenged.