May the 4th be with you 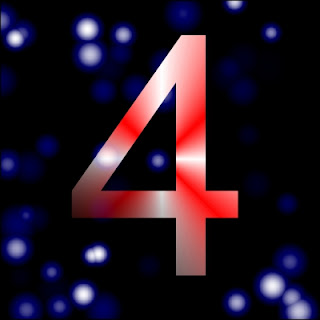 4th, Force and Forth

When we were given a selection of dates for my father's memorial, there was no question. It had to be May 4th so I could say, May the 4th be with you.

A little too much levity you think? My father was 84 and in poor health. He was ready to go. More importantly, he had a great sense of humour. He would have appreciated my choice. In fact, I think he did.

I am not a religious person per se. But I actually do believe in the Force... or something like. When I walked out of the cinema, all those years back, having seen Star Wars for the first time, I thought, "George Lucas gets me." Lucas summed up one phrase the nebulous beliefs I had developed over years of exploring various religions.

There was a second connection. My favourite number is four. For a while it was three, but that was only rebellion against my mother who also claimed four as her number.

I now think there was another reason. With my father's death I was officially an orphan. Okay, not a Little Orphan Annie or a waif in the street. I also have a wonderful and supportive extended family, so I'm far from alone. But you're never too old to feel the loss of your parents.

At the same time, I had been taking care of my father for several years, during and after taking care of my sister before she died. My children were growing up, still needing me, yet also becoming more independent. It was time to go forth and live my life.

So, I go forth and may the Force be with you... Always.

carry on fourth go forth star wars the force