Chris Redding lives in New Jersey with her family and pets. She teaches CPR for her local hospital and graduated from Penn State with a degree in journalism. (She also knows how to cook up a great marinade. -AB)

Cooking on a Deadline: Marinades

How to cook on a deadline. This is geared towards writers and others who have no time to make gourmet meals, but want to eat healthy.

This was born of my posting meals I’ve cooked on Facebook and people saying I should write a cookbook. The first one was Kitchen Must Haves.

This blog post will focus on marinades. They are an easy way to flavor your meat. When you’ve marinated something you can then grill it, broil it or sauté it. Your choice.

The marinades I use have several basic components.

Usually an oil, but I don’t use too much and if you have to watch your fat this is the part you can skip. The next is an acid. Most of the time I use vinegar which was on my list of kitchen must haves. I like to keep a variety of vinegars in the house. They don’t go bad and can be used for many things. Lemons and limes work also. They help break down the meat making it tender.

Next there are herbs and/or spices.

For an extra kick, Tabasco sauce, which I think I need to add to my kitchen must haves. Or Dijon mustard works also.

Using this formula, you can make any kind of marinade. I usually make these a day ahead or that morning. Beef and pork can be marinated for awhile. Chicken or fish don’t need as much time.

Let’s try one:
Easy, peasy. Now put your meat in a gallon-sized Ziploc bag. Pour the marinade over it. Zip it, then rub the marinade into the meat. Put it in your fridge and it will be ready to go that evening. Voila! 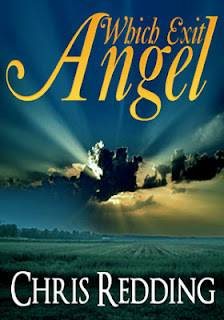 She's an angel who hasn't earned her wings. He's a preacher questioning his faith. How are these two supposed to stop the impending apocalypse?

He shifted in the booth to sit sideways, his legs on the seat. A casual posture for someone who’d seen a dead body recently. Then he tapped his fingers on the table. His foot patted the back of the seat to the same rhythm.

“I need to ask you a few questions, Mr. Beach.”

“Reverend, actually, but everyone calls me Sandy.”

His smile made his eyes twinkle. A charmer, she was sure but that hadn’t worked on her in a few hundred years. Still it wasn’t hard to look at him. “Reverend then. What brought you down to a not-so-nice part of town late on Saturday?’

He turned to face her, his feet plopping onto the floor. “I work with the homeless.”

He shook his head. “You don’t when there are cops are nearby.”

“Is there a large homeless population in Sea Witch?” She choked on the town’s name.

He pulled two napkins out of the dispenser. “Not huge, but enough. They are more likely to get handouts from people on vacation so they gravitate down the Shore in the summer.”

She tapped keys on her phone to take down what he was saying. “What exactly do you do for the homeless?”

“I give them food. When it’s cold I give them blankets and try to convince them to go to the shelter in the next town,” Sandy explained.

His gaze had never wavered from hers as if he could see straight into her soul. She broke the connection by looking down at her notes. His gaze lasered through her making her squirm in her seat. She’d bet that stare had converted many a sinner.

Which Exit Angel is available on Amazon.