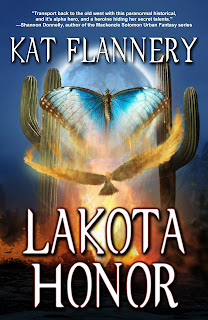 Midwives thought to be witches.

In my new Historical Paranormal Romance, Lakota Honor, Bounty Hunter, Otakatay is killing the Witkowin—crazy women believed to be witches. For my research I delved into where these women came from and why they were killed.

During the middle ages, a midwife/healer/witch was often the person called for a mother in labour, a broken limb, an amputation, an illness or pandemic, and as a counselor. They were unlicensed doctors of western history. These women were educated in the way of nursing, learning from hands on experience that was passed down from mothers to daughters. Their herbal remedies are still used today in modern pharmacology.

But what some may not know is that these women were hunted. They were called witches and sadly most burned at the stake.

Why were they crucified on a burning cross when they helped so many? Most witches were lay healers and therefore professed that some of their other remedies were purely ‘magical’ this in turn lead to their own demise.


.... Because the Medieval Church, with the support of kings, princes and secular authorities, controlled medical education and practice, the Inquisition [witch-hunts ] constitutes, among other things, an early instance of the "professional" repudiating the skills and interfering with the rights of the "nonprofessional" to minister to the poor. (Thomas Szasz, The Manufacture of Madness)

The second reason was religion. The witches were generally not of faith and practiced based on the knowledge they had acquired over the years as well as trial and error. The Catholics along with the Protestants professed that these women were born of devious nature and sexual conduct. They were spawns of the devil.

Their crimes became a multitude of transgressions from political subversion to blasphemy. A list of the three most prominent crimes mentioned periodically throughout history were:
According to the church all witches powers were derived from their sexuality, which was a sin.


Now there are, as it is said in the Papal Bull, seven methods by which they infect with witchcraft the venereal act and the conception of the womb: First, by inclining the minds of men to inordinate passion; second, by obstructing their generative force; third, by removing the members accommodated to that act; fourth, by changing men into beasts by their magic act; fifth, by destroying the generative force in women; sixth, by procuring abortion; seventh, by offering children to the devils, besides other animals and fruits of the earth with which they work much charm... (Malleus Maleficarum)

Witch-healers/midwives were the only practitioners available to small villages and towns without medical doctors or hospitals. However, according to witch-hunters Kramer and Springer, “No one does more harm to the Catholic church than the mid-wife.” So whether you are a witch or midwife you were doomed.

Witch-hunts lasted for hundreds of years being the most prominent during the 14th-17th centuries. Witches represented a political, religious, and sexual threat toward the church and government alike. Thousands and thousands of women were burned at the stake in one account it states that there were two burnings a day for certain German cities. In the Bishopric of Trier, in 1585, two villages were left with only one female inhabitant each. Old women, young women and children were hunted and killed. Anyone harboring a witch or failing to report one faced excommunication and other punishments.

There are many accounts of how these women were crazy, how they were a part of the peasant’s rebellions of that time. But why wouldn’t they be? Their own government and church were prosecuting them. Some may have been crazy, thought to possess magical powers but it didn’t mean they deserved death punishable by horrid torture of imaginable means. They were unjustly hung, burned, and drowned because they were women taking from men a means of survival. They were a threat to society because they were different.

Kat Flannery has loved writing ever since she was a girl. She is often seen jotting her ideas down in a little black book. When not writing, or researching, Kat enjoys snuggling on her couch with a hot chocolate and a great book.

Her first novel, Chasing Clovers became an Amazon’s bestseller in Historical and Western romance. This is Kat’s second book, and she is currently hard at work on the third.

When not focusing on her creative passions, Kat is busy with her three boys and doting husband. 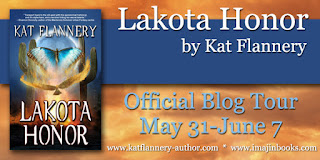