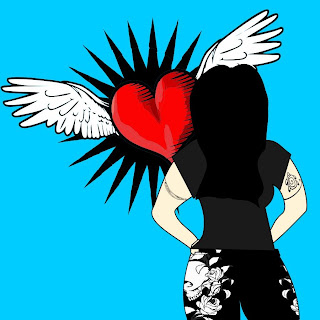 
“My name is Olivia and I hate my mother.”

Okay, I don’t really hate my mother... not all the time. I do hate that she insisted I get a job this summer. I’m friggin’ fifteen. The only jobs I’m eligible for are lame: paper route, baby sitting and summer camp junior counselor.

Been there done that on the paper route. My perfect older sister had a route and I used to help her. I was going to take it over when she got the co-op job at the cable station but the circulation manager didn’t like my black fingernails and pierced eyebrows.

Babysitting was out ever since I told my charges where babies came from with illustrations and a hand-made flip comic. One of the reasons I didn’t argue about the job interview mom set up was that I figured I was a shoe-in for being shown the door.

Summer camp. Junior counselor. Unpaid, training position. They couldn’t legally hire kids under sixteen, but they could get them to volunteer as slave labor so they didn’t have to hire as many real counselors.

“You can get your community service hours taken care of,” said mother.

“I want to volunteer at the blood bank.”

“You tried that already. They thought you were too creepy. Maybe you could wear something other than black to the interview.”

I stared at her.

Mother can only be pushed so far, so I nodded. I showed up at the interview in black cargo shorts, black flip-flops and, under my black hoodie, my favorite Tru Blood t-shirt with cut-off sleeves to show off my Supernatural tattoo.

Half an hour later, I walked back to the car, dragging my hoodie. Mother looked up from her eReader and sighed. “Seriously, Olivia. You wore that to a job interview?”

I started Monday. It didn’t take me long to find out why they were desperate enough to hire me. Not one of the rug rats was older than five. Mother always said my terrible twos lasted till I was in kindergarten – maybe longer.

“Yeah, but did I bite, scratch and pounce on people all day?” I asked her after my first day. “Did I ask stupid questions all the time? I mean ALL THE TIME. Seriously?”

“If I killed you, you wouldn’t have learned anything.”

Then I did something that totally went against my nature. I asked for advice.

I hate to admit it, but mother was right. By the end of the week I could catch Tyler mid-pounce and dodge Cassidy’s repeated attempts to bite my ankles. Two weeks into the job and I had Sylvania twins using their words instead their hands, more specifically, their claw-sharp fingernails. I couldn’t stop Clio from asking why, but I slowed her down by telling her to google it. Then I was called into the office to see the boss, Tisha.

Tisha was drop-dead gorgeous. I needed dye, a straightener and lots of makeup to get what she had going naturally. Her hair was long, silky smooth and jet black. Her skin pale and perfect. It gave me second thoughts about my tats and piercings.

“So, how is it going Olivia?” For once she was not her cool, collected self. In fact, she looked nervous.

“You remember that health form you filled out?”

“Uh. Yes. Sort of. You just wanted my doctor’s name and any allergies, right?”

“Exactly. We always follow up with the doctor’s office but we were a bit busy and...”

“You’re human. We don’t generally hire humans, and when we do, we don’t place them with the younger children.”

“They don’t have as much control. A scratch here. A bite there.” She looked sheepishly apologetic. “They aren’t old enough to understand.”

“I should have realized when I saw the scars. Humans don’t heal as fast as us.”

I shook my head. Was I being punked?


“So here I am,” I told the group, spreading my harpy wings, extending my hellcat claws, covered in fur and feathers with a fang-a-licious smile. “It’s worse because of the full moon. Most days I can pass as human. But seriously, I could kill my mother.”

“Don’t do that,” said the Monsters Anonymous facilitator. “If you kill her, she’ll never learn.” 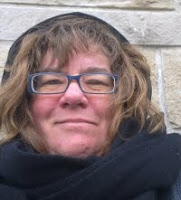 Alison Bruce has had many careers and writing has always been one of them. She is the author of mystery, romantic suspense and historical western novels. Her next book, Hazardous Unions, co-authored with Kat Flannery, will be released September 7, 2013