A Funny Girl Happened to Land on My Blog 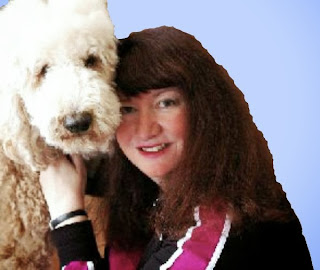 I love to laugh. It's the best medicine and it has no side-effects unless you count having people look at you funny when you start chuckling at something you're reading.

Melodie Campbell makes me do that. Her books have got me funny looks in doctors' offices, banks, and while reading in the car while my son is delivering papers. That's why I love to have her as a guest blogger... especially when she makes me think as well as laugh.


WRITING MOB COMEDIES - You are supposed to love your family and support them. But what if your family is this one?

My first memory is of a family reunion at a rural farmhouse in Southern Ontario. I was not quite three, and tears were streaming down my face. I had just learned how to talk in English, and I couldn’t understand a word anyone was saying. Had I lost the ability to understand people?

All sorts of big scary uncles picked me up. They tried to console me by speaking softly. But I couldn’t understand them because they were speaking in Italian, or more specifically, Sicilian.

They would laugh now, knowing that was the reason for my tears. But all of them are gone now, and the world has changed so drastically, they wouldn’t recognize it.

Gone are the days when one uncle lived in glory at the huge bungalow on the lake. Later, when I looked him up, he was out of favour, living over a store in a small town. No longer do my distant cousins die of gunshot wounds ‘while cleaning their rifles.’

Often, I have wondered where the antique statues from Italy ended up. Back in the Italian churches from which I suspect they were taken during the war? I am hopeful.

These were the days of Brio and cannoli after mass on Sunday mornings. And gossip about other relatives, one of whom was a famous boxer. My Godmother’s friend, the singer (one of a group of sisters) who could not escape the clutches of a mob underboss in the States. He wouldn’t let her go. I remember the aunts clamming up about this, when I ventured into the room, looking for mom.

I was the darling of the family, with dark curly hair and big evergreen eyes. Later, when I grew up curvy and was tall enough to be a model, they doted on me. So my memories of growing up in such a family are decidedly warped.

They were warm and loving. Loads of fun. And massively protective. 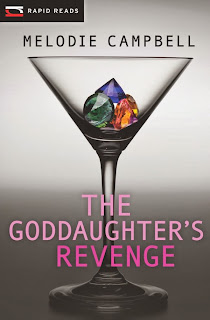 In THE GODDAUGHTER’S REVENGE, you will find a mob family that is funny and rather delightful. Gina loves them, but hates the business. She is always trying to put it behind her, and somehow gets sucked back in to bail them out. I wanted to show that ambivalence. You are supposed to love your family and support them. But what if your family is this one?

THE GODDAUGHTER’S REVENGE is meant to be a laugh-out-loud comedy. But there is an adage that states the following: Comedy is tragedy barely averted.

THE GODDAUGHTER'S REVENGE and Melodie's other titles are available on: