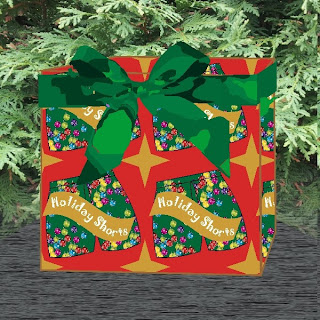 
“Have you written your column yet?”

“Well you’d better hurry up. You know how Genevieve hates it when you’re late. Why just last week at the Women’s Institute mince pie sale she told me so right in front of Marigold Oates and Jemima Lansdowne. I was ever so embarrassed. Please try and get it to her on time sweetikins. Hmm?”

Jerome Jones hated so many things about his life. The small town they had been relegated to, with all the rural pettiness and inflated self-importance; the fact that his writing career had stalled and he was living off his wife’s inheritance; her nagging arrogance; even that she insisted on a ridiculous pet name for him. There seemed no end to the depths.

“I hate my life,” he thought, “and… I hate my wife.” This enervating and eye-opening conclusion cheered him up and galvanized him into action. He started to write as he thought about the latest indignities he had faced, translating it into the 800 words he wrote three times a week for the Fort Clearwater Gleaner.

He’d been in the middle of packing Rufus, his five year old son and co-conspirator in the House-that-Mother-Ruled, off to kindergarten. Rufus was excited because it was the day of the Christmas party and he had a Spiderman Santa Claus cap to wear. Jerome had helped him make it but they had been forced to hide it away until his Mother had gone back to sleep, lest she find out that the Sugar Plum Fairy baseball cap, created at art class, had fallen out of favour.

It was only when they got into the car that Rufus said,

“Do you really need it?”

Jerome cursed under his breath. He’d never hear the end of it if they weren’t delivered to the school today. His wife expressed herself creatively by assisting the arts department. She thought it would look good on her future resume, not knowing that the job was little more than cutting out pictures for the schoolchildren to colour.

Leaving Rufus in the car, Jerome went back inside to find her dog, the insufferable little Maltese Piddle, about to gnaw into the backpack. Stifling his oath so as not wake her in the main bedroom, he grabbed the dog before it could nip him, clipped its leash on and headed back to the garage. He gave the bag to Rufus then went outside and fastened the vexing little beast to a stake by the garden path.

“Now, you can stay there until I get back, and be thankful that I didn’t put my boot up your fundament.”

The dog responded by emitting an obnoxious runny substance from its bowels onto the path. Jerome turned in disgust, glad he had not had to clean that off the kitchen floor. Still, it would have been funny if the dog had chewed into the bag and ripped up the paper candy canes.

‘Can you imagine me explaining that to the teacher. “I’m sorry Mrs Wallace, the dog ate my wife’s homework.” End’

Smiling, he reread the column then pressed send on his e-mail account.

It was two hours later that he remembered the dog and found his wife. And it was only three months later, having received the inheritance and been cleared of any involvement, that he and Rufus left Fort Clearwater forever and returned to the city.

Mrs Jones, as she left that morning, did not see where Jerome had left the dog. She did not see the doggy-do either, and when one of her indelicately sized nine-in-an-eight pumps landed in the squishy load, Mrs Jones went bottom over top, landing headfirst on the concrete block that killed her. At the same time the rest of her corpulent corpus came down on the dog and squashed it, giving Jerome a rather unlikely two-for-one.

Small wonder then, as the Policeman noted at the inquiry, that Mr Jones did not seem too upset at his wife’s death; a fact later disputed successfully if untruthfully by Jeromes’ lawyer.

“In fact M’Lud, he seemed to be humming quite a happy tune.”

“And do you remember, Constable Barnsworth, what the tune was?”

A four time Arthur Ellis Award Nominee, Kevin Thornton is a writer for the local Municipality, a columnist for the Fort McMurray Today and Your McMurray Magazine, a Director of the Crime Writers of Canada and a board Member of both the Northern Canada Collective Society for Writers and the Fort McMurray Public Library. He has never been known, willingly, to split an infinitve.