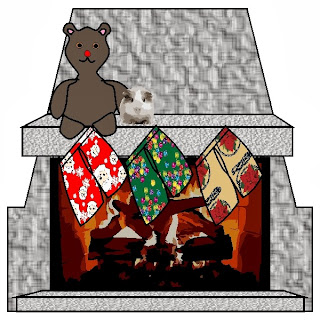 Sydney was a little grey bear with a bright red bow around his neck. He was very handsome but quite shy. He’d been bought as an Easter present for Charlie Smith and they went everywhere together. Charlie’s bike had a basket on the front and wherever the family’s cycle rides took them, Sydney would be there, leading the way.

As winter approached, the weather got colder and they went out less. One Friday evening, Sydney was sitting above the fireplace in the lounge. Charlie had gone to bed without him which was unusual, but Sydney didn’t mind because he would be there to greet him in the morning.

As Sydney sat against a carriage clock, he watched Charlie’s father putting together a big wooden thing. Mrs Smith was busy in the kitchen and the lovely smells made Sydney hungry. It was a very cold evening and the fire was so warm that he soon fell asleep.

The next day, Sydney woke to find the household rushing around, too busy to pay any attention to him. It took him a minute to realise what was happening. It was Christmas Day! Sydney had heard Mr and Mrs Smith talking about it earlier in the week.

Charlie was now begging his parents to let him open his presents and they finally gave in. Sydney watched as streams of wrapping paper produced a plane model kit, a new cycle helmet and computer games. Sydney was grateful there weren’t any toys like him to take his place.

As Charlie’s father wheeled the final present into the lounge, Sydney recognised it as the wooden box. The back was plain but when it was turned round the front was covered with wire mesh and inside he could see something moving. Charlie gasped, then clapped his hands wildly.

Sydney was too far away to see what all the excitement was all about and wondered what kind of thing could live in there. Maybe it was a dog. One of Charlie’s friends had a dog but he didn’t live in anything like this.

He watched Charlie open the door. There wasn’t just one thing in there but two. And they were furry but much smaller than a dog. Charlie leant forward and picked one of them out. It was grey, like Sydney, and very handsome. For the first time in his life, Sydney was jealous. Charlie frowned and looked up at his mum.
“They’re guinea pigs, Charlie” she explained.

“Guinea pigs!” Charlie cheered as he dug back into the cage for the other fur-ball. This one was completely white with pink eyes. A funny looking thing, Sydney thought, not handsome at all.

Pigs? Sydney thought. The only pigs he’d seen before were on a cycle ride to Mr Parker’s farm when Charlie fed them. Whatever type of pig they were, Sydney hoped they wouldn’t eat him.
Sydney watched as Charlie struggled to hold both of them.

Charlie’s mother took the white one. “They are very special guinea pigs, Charlie,” she said. “Auntie Lily has sent them all the way from Scotland for you. The grey one is a type called ‘Cinnamonrex’ and the white one is an ‘Ivorysatin’. They’re both boys so we have to be very careful they don’t fight.

“Don’t worry, Mum.” Charlie beamed. “I will stay with them ALL the time.” He looked the guinea pig in his hands. “I’ll call this one Lewis.” He then looked at white one which was wriggling in his mother’s hands. “And that one, Duncan.” Charlie’s mum smiled as she knew her sister would be delighted that Charlie had named them after his slightly older cousins.

Sydney started to feel sad. What Charlie said about looking after his new pets meant that he wouldn’t have time for him anymore.


Charlie turned away from the cage and looked around the room until he spotted his best friend. “Look, Sydney!” Charlie said as he walked towards him, still with Lewis in his hands. “We’ve got some new friends. We can’t take them with us on the bike but we can play together in the house, wouldn’t that be fun?”
Yes, thought Sydney, that WOULD be fun. 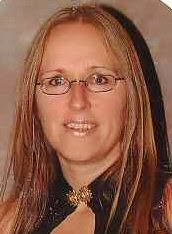 Based in Northamptonshire, England, Morgen Bailey (“Morgen with an E”) is a prolific blogger, podcaster, editor / critiquer, tutor, speaker, Chair of NWG (which runs the annual H.E. Bates Short Story Competition), freelance author of numerous short stories (available on Amazon.com and Amazon.co.uk), novels, articles, and dabbler of poetry. Like her, her blog, http://morgenbailey.wordpress.com, is consumed by all things literary and she loves chatting with other writers and readers. Her email is morgen@morgenbailey.com.
bears children's story Christmas Holiday Shorts presents toys