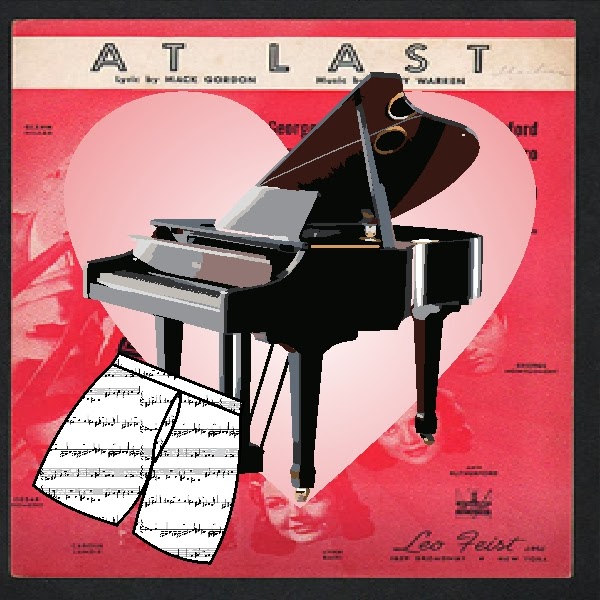 “Love walked right in and drove the shadows away...” Until doubt followed. Then I was back to singing the blues. Oh, I could “blame it on my youth” but it was really because I was “looking for love in all the wrong places.”

Sorry. It’s an occupational hazard. I think in songs.

“Honey, can you play Feelings?”

At least I didn’t have to sing it. Mrs. Whitaker could bellow along to the music without my help.

I used to play clubs and lounges. Yes, I’m a lounge singer. Or was. Men can do the circuit until they drop dead of cirrhosis of the liver. Women have a limited shelf life. Unless you’re a virtuoso, which I’m not, you’re out as soon as the figure starts to go. Now I do parties and teach voice at a music shop to make ends meet. And I volunteer monthly at The Willows Senior Residence.

“Do you know how hot you are?”

Mr. Bobrick winced. “That line is older than me, girlie.”

“That should make it prehistoric, Uncle Hal.”

I knew that voice. Deep, slightly husky and attached to a man who was so good looking, he could break a heart at thirty paces. What the hell was he doing here?

“Come, give an old man a hug,” said Mr. Bobrick. “This is my sister’s boy, Meg, God rest her soul. Ryan, this is Meg. She comes to lighten our spirits every month. A real sweetheart.”

“No, really? Then buy her a drink before they close the bar. Once a month we get a pub night and they close down so early. It’s shameful.”

“I have to finish my set, Mr. Bobrick. I think Mrs. Whitaker has another request.”

“So do I. Don’t listen to her. You know she’s going to want Feelings again.”
I grimaced. “Okay, then you make a request, Mr. Bobrick.”

He winked theatrically. “I make a request every month and you never take me up on it.”

Three years on the road, working and living together. Ryan on piano and me singing. Like Dickens once said, it was the best and worst of times.

I had a Marilyn Munroe figure back then. That made me several pounds heavier than the ideal for fashion at the time. If I hadn’t been a jazz singer, that would have been a problem.

Ryan could have fit in anywhere, from the concert hall to café scene. He wowed women from adolescence to dotage. It was hard to compete with that. Eventually I stopped trying.

“No,” I said. “I think the crowd is ready for something more lively. What do you say, Mrs. Garvey?”

At first I felt that old heart clenching fear that I wasn’t good enough. That was the trouble with working with a guy who was prettier and more talented than you. It wasn’t so bad when we were performing, but between sets he’d get rushed by women who wanted to buy him drinks and I’d get the odd drunk who wanted to see if my boobs were real.

I fought the feeling down. I had been working solo for years now. My voice was just as good as ever and my playing was better for practice, practice, practice. Besides, I wasn’t here to impress Ryan Carver. I was here to entertain the residents, many of whom I counted as friends now.

Crocodile Rock segued into Rock Around the Clock and Jukebox Saturday Night. Soon after, the program director thanked me for coming out and announced last call at the bar. Mr. Bobrick signalled me over. He had a beer waiting for me.

“I think you’ve improved with age,” said Ryan. “You were always good. Now you’re confident too.”

“My nephew should know too. He teaches now.”

“Not doing the club scene?”

He held up his hands. They used to be so long and elegant. Now they look gnarled.

He shrugged. “It seemed like the end of the world when I was diagnosed. It wasn’t. I teach and I compose now. I don’t have your improvisational skill, but I’ve scored a few documentaries and dozens of commercials.”

“Divorced.” He grinned. “You’re not the only woman who had trouble living with my ego.”

“It wasn’t your ego that bothered me. It was mine.”

Mr. Bobrick clicked his tongue. “You want my advice? Let go the ego.” He pushed himself out of his chair and grabbed his walker. “Take her out, Ryan. Drink coffee. Talk. You can visit me tomorrow.”

“You’re the one who asked me to visit today.” Then it dawned on him. “You wanted me to see Meg.”

I’d worked that out already. I didn’t know how Mr. Bobrick knew about Ryan and I, but I knew that he was up to something. He was too pleased with himself.

“I knew I’d seen you someplace before,” he said. “I never forget a face. It took a while, then it came to me in the middle of the night. You were the young hot chick in the photo Ryan gave me years ago. I think he gave that first promo shot of the two of you to all his friends and relations. Proof he finally made it in show biz.” He leaned over his walker and wagged a finger at me. “You were the one that got away. So I thought I’d help him finally reel you in.”

I smiled and said good night. As soon as he was out of earshot, I turned to Ryan. “He makes me sound like a fish.”

“He makes me feel like an idiot.” He reached out for my hand. “I’ve missed you. I don’t think I appreciated you properly until you were gone. I had more pride than sense back then.”

“And I didn’t have enough pride, so maybe it was best for us to part.”

He gave my hand a weak squeeze then let go. “I never asked. Did you marry?”

I shook my head. “I was engaged for a year, but it didn’t work out. Now I’m “fancy free and free for anything fancy”.”

The following month, I addressed my audience. “Before I take new requests, I have a leftover from last pub night.”

“At last...My love has come along. My lonely days are over. And life is like a song” 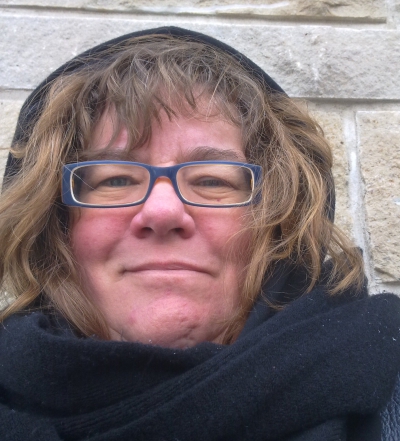 She also tends to set her life to music.