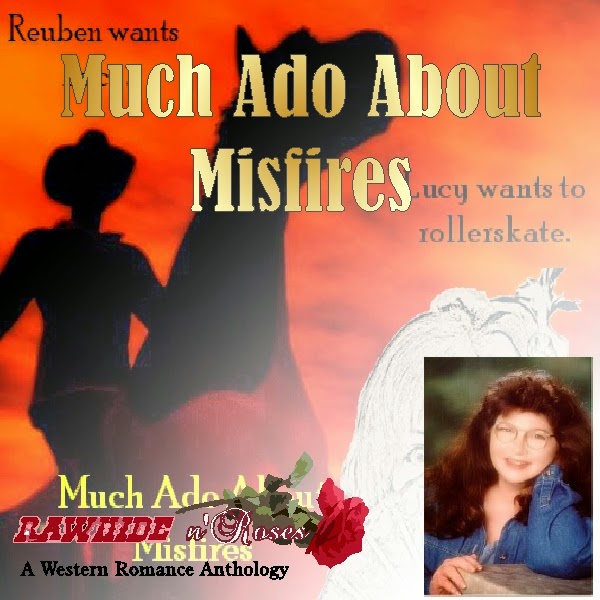 To the folks that make up the Western Historical Romance Book Club on Facebook, Jacquie Rogers is known as the Trail Boss... with good reason. Facebook is familiar range to Jacquie, making her a natural to head up the Barn Dance party that launched Rawhide 'n Roses.

Jacquie is a former software designer, campaign manager, deli clerk, and cow milker, but always a bookworm. Reading is her passion--westerns, fantasies, historicals of any era, all with a dash of romance. If an author can make her laugh, she'll buy every book he/she ever wrote. Jacquie now lives in suburbia with her husband and one pampered cat, but her stories often take place in rural Idaho, where she grew up.

What inspired your story in Rawhide 'n Roses?

Much Ado About Misfires is in the Hearts of Owyhee story world. I saw an item in The Owyhee Avalanche, the newspaper covering Silver City, Idaho Territory, in the January 11, 1873 issue:


“ROLLER SKATING. Jones & Bonney's Skating Rink is now open and is a splendid place for exercise and amusement. Roller skating not only most consummately occupies the mind in its performance, but it brings the whole muscular system into active play in the most enticing and beautiful manner. A good skater sails over the floor as airily as a bird upon the wing, in a perfect revelry of enjoyment, and a carnival of fun.”

Obviously, I couldn’t let that opportunity pass without writing something about it! Further research showed that young ladies were especially smitten with the new pastime, and because they frequented the roller rink, so did the fellows, who outnumbered the ladies ten to one. It only made sense that if a man came to town to find a bride, he’d check out the roller rink first thing. It also occurred to me that a cowhand probably wouldn’t know how to skate. So there you have it.

The biggest pothole was my insistence on writing western historical romance, which New York wasn’t buying—at least, not from me. When NY turned loose some pretty big names (my favorite authors), I knew the writing was on the wall. It was time to dally or cut loose the rope, so I went with a small press. Since then, I’ve stayed with small press and also self-published, but haven’t submitted one word to NY since 2005. This is just a crazy business and each person has to decide which direction to take. I took the indie route.

Tell us a little about your latest release, Much Ado About Miners (Hearts of Owyhee #4). 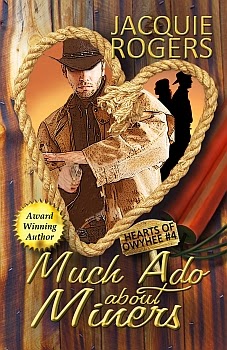 Much Ado About Miners is the fourth novel in the Hearts of Owyhee series. The books are standalone but this story is a sequel to the first book, Much Ado About Mavericks. In the first book, a lady banker shoots Cole Richards in what she thinks is a bank robbery attempt, and he’s the hero in the first book. Daisy Gardner is the heroine. The lady banker? That was Daisy’s sister, Iris. In the fourth book, Iris is trigger-happy again, and you guessed it—she shot Kade McKinnon.

I had a lot of fun with this book. There’s Kade’s sidekick, Phineas, who has a Shakespearean quote for every occasion (much to Kade’s annoyance), there’s a yellow cat named Duke that’s not exactly ordinary, and a shipment of bullion that everyone seems to want. Glue that all together with the Bonnet Consortium and you have a fun time in the old town tonight. Here’s the blurb:

Hired gun Kade McKinnon interrupts a bank holdup and is shot by the teller, Iris Gardner, whose victims have a tendency to be the next groom in town. Will he be the groom this time?

Cupid’s bow...
Iris Gardner, a smart, independent bank clerk, fell in love with Kade when she was too young to know better. So when he walks back into her life and her bank, it's only fitting that she shoots him ... by accident, of course. But she’s a suffragist now, so his charms can’t affect her...right?

Kade doesn’t know Iris’s company is the one who hired him to escort a bullion shipment, and Iris doesn’t know Kade owns the security company, but they both know robbers are on their trail. Which is more likely to be stolen—the silver, or his heart?