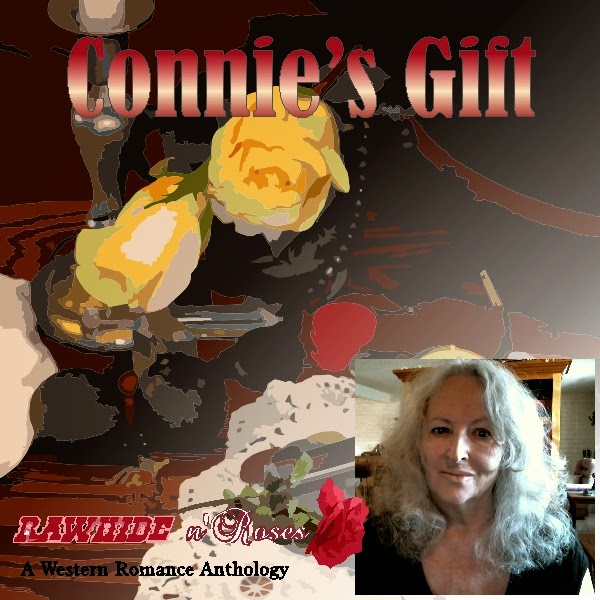 Rain Trueax not only contributed a story for Rawhide n' Roses, she created two book trailers for the anthology. (You can check them out at the end of the post.) One highlights the stories, using the images we came up with to illustrate our stories for the Rawhide 'n Roses Blog. The other carries a message about why we write stories about the west

Rain's romances explore human nature and how men and women deal with outside challenges—which can be of a spiritual nature. She works from the family sheep and cattle ranch in Oregon, or on the road in the inter-mountain west via satellite link.

What inspired your short story in Rawhide n' Roses?

I wanted to use a secondary character from one of my other historicals. Secondary characters are so important to a book and often a writer would like to do more with them but can’t let them take over the story. My first idea fizzled when I realized that would be better for a novella. Then I thought of Connie who did a psychic reading for the heroine in Tucson Moon. Connie’s personality was a mix of women I have known who are natural psychics. I liked the idea of exploring what having those gifts can mean, the problems they sometimes lead to—for the person as well as outsiders—as well as writing a love story of an older, long-married but still passionate couple. That became Connie’s Gift.

Like so many writers, I had more than a few bumps. Some is learning how to promote the books—with which I still struggle.

One of the first ways a writer gets their book seen is through the cover. Because I am a painter, and had done a lot of paintings of people with an impressionistic style, I thought I could use that kind of cover for my books. Wow, was I wrong. From readers, I was dinged for the covers not looking like the readers expected—in short amateur, which of course, they were as I was new to it.

It wasn’t just cost that made me want to do my own covers. I wanted them to have my vision. So I gave up my preconceived perceptions on what I needed, looked at what other covers were like, and began using any money I made to buy royalty free model images to use with my own photos—of which I fortunately had a lot.

When I got into this, I thought being original would be a plus—evidently not so much ;) 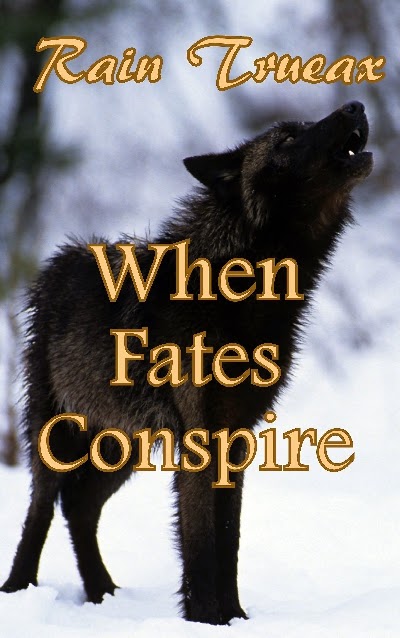 My newest is a novella, When Fates Conspire. It came from a vivid dream—different than I’d had. I am sure it was inspired by questions I was asking myself after losing a much beloved cat at only 4½ to a terminal illness. I have had cats that suddenly appeared at the farm with the personality of a pet I had lost earlier. I call it mystery but had wondered more than once if pets might reincarnate.

The morning after she died, I woke from a dream that told a story involving humans, fate, purpose, and reincarnation. The message and images within were very vivid. I thought about it and realized I could write it as a novella filling out the dream with material I had been researching in the months before it—with no idea how I was going to use it.

To be honest, if I hadn’t had the structure, I’d have had a hard time writing When Fates Conspire. as it got emotionally tough. However, I valued the dream, wanted more like it (haven’t had any yet though) and honored its structure. When I had finished it, I knew it was actually first in a trilogy (rough draft of the second is in editing stage). Each novella will stand alone but reading them together will yield a more complete picture of love, fate, the human condition and the spirit world as it is—or might be. Researching for the third at the moment ;)

And now the trailers...