Rowena and the Viking Warlord 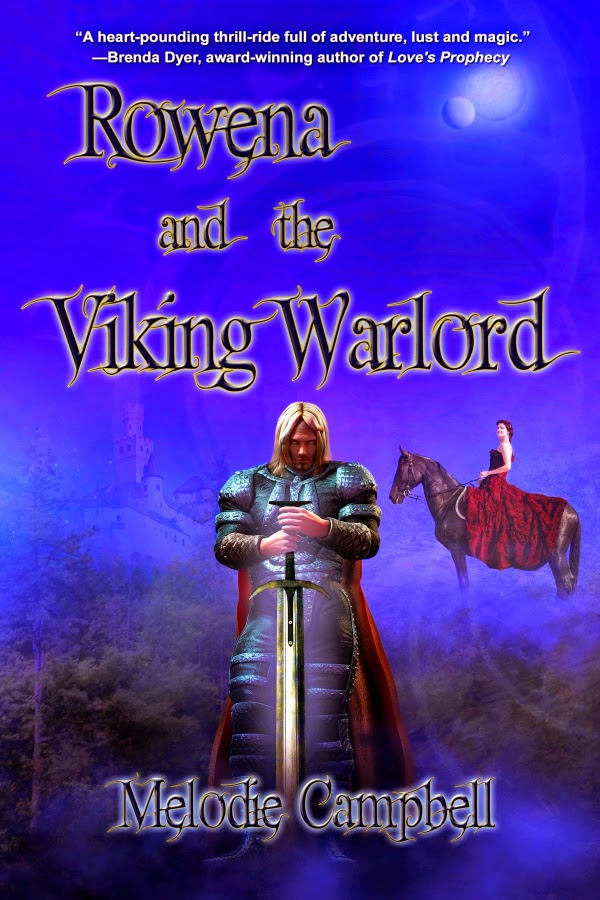 Melodie Campbell does it again!

Rowena and the Viking Warlord is the capstone of Melodie's Land's End Trilogy. The funny parts are funnier. The sexy bits are sexier. And the tension is ramped up as Rowena sails a difficult course between duty and love.

The first book, Rowena Through the Wall, was an escapist romp in a magic world people by hunky males and cursed with no women. Rowena walks through the wall of her classroom wall, where she teaches veterinary medicine, and discovers she has magic - sort of. Who can blame her for thinking she was in a fantastically vivid dream?

Rowena and the Dark Lord ups the ante as Rowena makes a big magical boo-boo, and has to deal with the consequences of her actions in the previous book.

The consequences Rowena has to deal with in Rowena and the Viking Warlord make the other adventures look like a walk in the park. Melodie's research into historical weapons and warfare add weight to the setting. When a soldier is put to death after killing one of his comrades, you can almost hear the heavy axe fall. Equal effort seems to have been put into the creation of the magic in Land's End. Melodie sets the rules and sticks to them, often sticking it to poor Rowena. (The bunny scene almost had me choking with laughter.)

If you've read Rowena Through the Wall and Rowena and the Dark Lord, you don't need me to tell you to pick up Rowena and the Viking Warlord. If you haven't, take advantage of the 99 cent sale on the first book and catch up to the rest of us toute de suite.