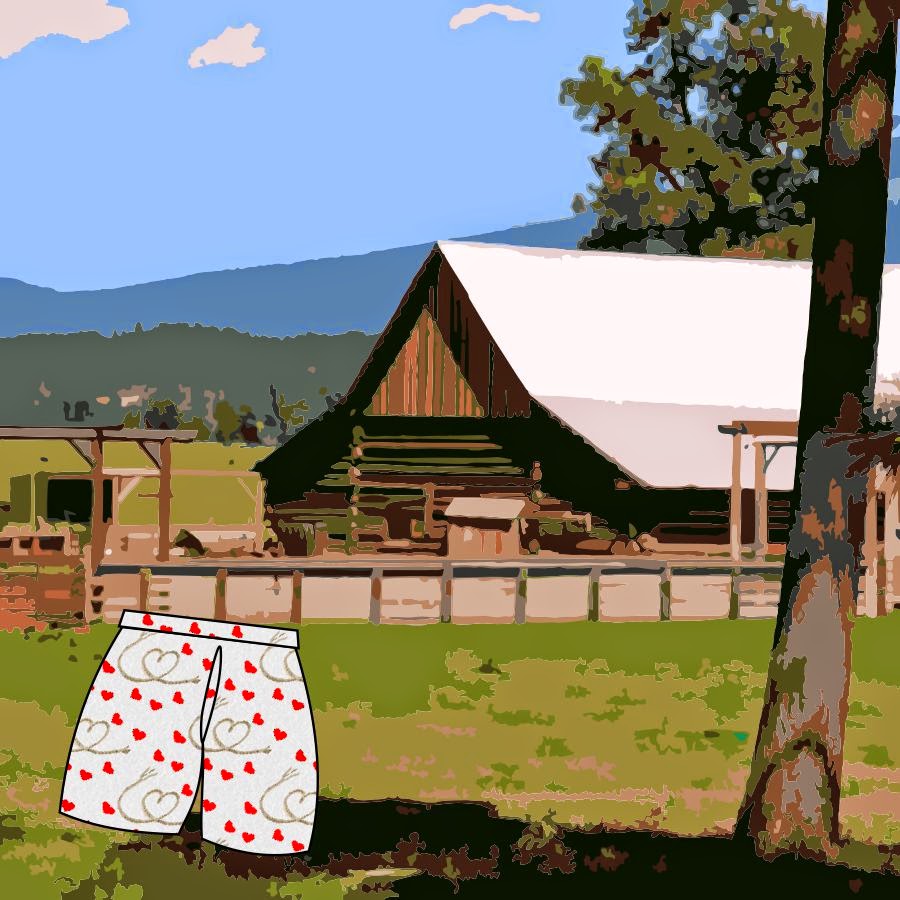 “Amos,” Curly yelled wondering where his boss had got to. Seemed he was more and more disappearing at odd times. When his old friend’s bearded face appeared, he was grinning and in his hand was a phone.

“Dang it all,” Curly said glaring at the phone. “You on the phone to that woman again.”

“Ever since you reconnected with that old teacher of yours, you ain’t been no good for nothing!” If he had expected his friend to take offense, he’d been wrong. He was grinning like a fool teen-ager.

“Well, first off, wasn’t talkin’ on the phone. We was texting.”

“That and those without enough signal to talk on the blamed phone.” His smile hadn’t disappeared. Clearly he was proud of himself.

“She’s old enough to be yore mother.” He tried a new tack.

“But she ain’t,” Amos said with a chuckle, “and it ain’t like she’s all that old inside. She can still dance me under the table.”

“Ninety-four and I’m seventy-six. So what. We ain’t kids, and we know what we want. More than I can say for you.”

“What’s that supposed to mean?” Curly walked over to a bale of hay and plopped down wishing he still smoked. Stupid habit smoking, but it gave a man something to do with his hands and an excuse not to answer without seeming like stonewalling.

“You danged well know what it means.” Amos sat on the feed bin across from him.

Outside a welcome summer rain began. The distant hills were quickly swallowed by mist as the rain grew heavier. The sound on the barn roof was pleasing to Curly’s ears though he’d heard it thousands, maybe millions of time. Never a time where Montana didn’t need more rain especially in summer.

The steady rain also kind of set him and Amos off into a little world of their own. Friends for well over fifty years, nearer now to sixty, this little man was important to Curly, as important as his own existence. He guessed he didn’t want to lose him and suddenly felt he might. Danged women. Nothin’ but trouble, that’s what they were.

“All right,” he gave up when Amos wasn’t willing to let this go. Bad as a dog with an old bone. “Ain’t really goin’ nowhere with Linda.”

“Maybe both. She’s busy a lot getting that little deli of hers going. Still got that brat daughter living with her. Ah hell maybe it’s all an excuse.”

“You just scared is all,” Amos suggested.

“Sure ya are. You don’t want to get burned.”

“Been married four times. Seems a man oughta learn something, and I see she ain’t wantin’ nothin’ with me... not with no man right now. She’s been burned too.”

Amos nodded. “All right, if not Linda, how about Marion, Belle’s friend?”

“Belle? Now ya call her Belle?” Curly felt his face pickle up as though he’d eaten something sour.

“She likes it better than Annabelle.”

He looked around for another excuse. “Marion’s older than you.”

Amos shook his head. “Don’t look older than you, ya old coot.”

“Likely had that plastic surgery stuff or maybe that Bo something that they inject in their skin.”

Amos chuckled again. “Never know about that ‘til you find out what’s under the peelings.”

“You talkin’ dirty to me, Amos?” Curly tried to find a shocked look.

“I mean personality, ya dumb...” He stopped before finishing the insult. “Trouble with you, Curly, is ya never did get to know women. Married ‘em but never took the time to get to know one. How about the four of us double dating. Too bad Bozeman lost its drive-in. Loved them in summer. Movie, Dinner. How about it?”

Curly stood up with outrage. “This is going too damned far. First you’re texting. Now wanting to double date like kids. Good God, Amos, how far back you takin’ it with that woman?”

“Well with my kids busy with their kids or off on business, I shore got no family reason to hold me here. Phil runs the ranch better’n me. Hay’s in for the season. As for age, Belle’s more likely to bury me, than me her. Man only got so many years to make good. Only got one nursemaid wanting me to back off. And that ain’t happening. I had one good marriage; and if I get lucky enough to get another, why I’ll just damned well do it.”

Curly let that seep in and fully digest. He could lose his friend. “Where would ya live if ya done that? She’s still got that painting, likely wants to be in Bozeman. I cain’t see her coming out here.” He felt fear now greater than before. He’d be alone because Amos was right, the young ones had their own lives. What did he have?

“I been thinkin’ about that and ain’t ready to take it that far yet. Might be Belle don’t want a husband.”

“She’d be a fool not to want you.” Curly still found it hard to believe their old teacher and his best friend had found love at their ages.

Amos grinned. “As for where it takes you... Wal, I’d say—learning to text. Want Marion’s number or would ya rather it be Linda’s?”

Amos’ smile broadened. “Sure ya do. I bought you one a month ago. Ya just been too stubborn to learn to use it. Ain’t like a seventy-year old man can’t learn new tricks.”

Curly slumped back to the hay bale. “Could ya write it all out for me?” 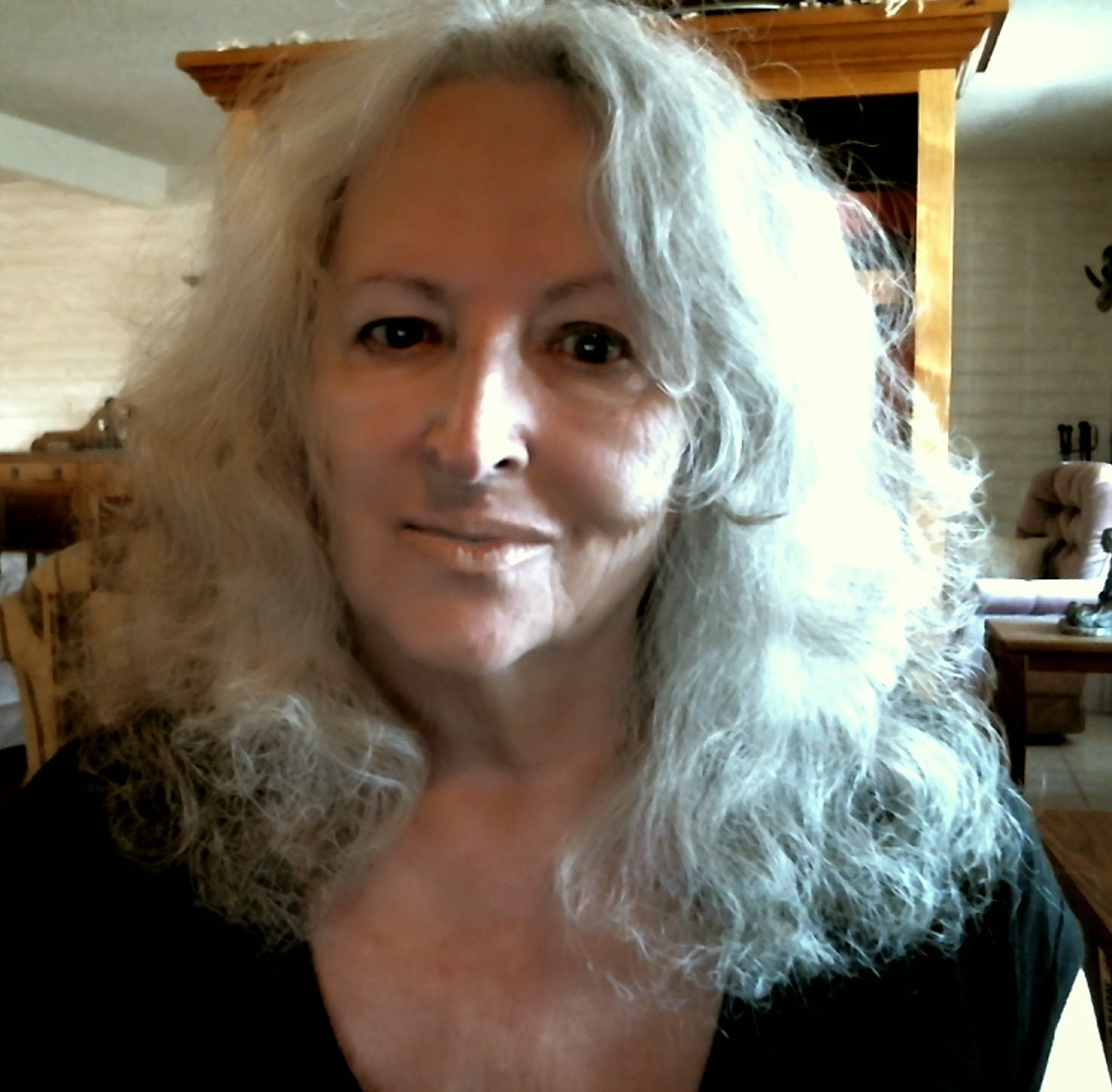 With characters out of From Here to There and A Montana Christmas, this story is a bridge to a novel in the planning stage for a new romance. A native Oregonian, I am married with grown children and grandchildren and live on our sheep and cattle ranch when not exploring the West.