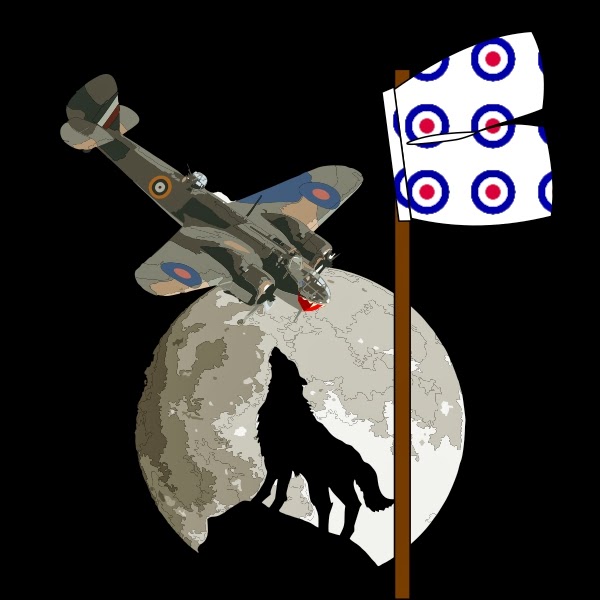 On a hot summer's night
Would you offer your neck
To the wolf with the red roses?
Meatloaf

It was a hot summer night and the ride to Sheffield had produced an very unladylike sweat. Not sweat, I mentally corrected myself. "Horses sweat. Men perspire. Ladies glow." I was glowing in rivulets down my neck.

Mother, of course, was dry as a bone. She removed the scarf that kept her hair perfectly quaffed and tweaked the curls that had got loose. Everyone said that she didn't look old enough to be our mother. But then everyone wanted to stay in her good graces so she would play the piano when the band took a break.

My sister was not with us. She was training with the Auxiliary Territorial Service. I had mixed feelings about this. I was proud of her, of course. She was off doing her bit for the war effort. I was envious. She was off, away from mother. Though for my sister, mother wasn't as big a problem. She was mother's darling. I was also nervous, not so much for her sake as mine. This was the first dance I'd be flying solo after two years of being her wing man in a village surrounded by airfields.

I patted my neck dry with my handkerchief before we went into the hall. Our first stop was the cloak room followed by a visit to the ladies so we could repair our make up. Powder blotted up the last of my "glow" and, if I do say so myself, with extra lipstick and liner, I was looking pretty good.

Mother made her entrance ahead of me and was quickly caught up in her social circle. Bunny found me soon after and bought me a gin and tonic at the bar.

"You look smashing!" he said. "Give us a twirl. You have a real talent with the needle, Jo."

I gave him a peck on the cheek. "And you're the best friend a girl could have."

"You aren't wrong there, sweetie. I have a tall, dark handsome fly-boy who wants to meet you. He's new to our squadron and I promised to introduce him to the most charming girl in the village."

I was immediately suspicious. Although the ratio of men to girls was such that I never lacked a dance partner, handsome pilots were actively sought after. Bunny was right, though. He was tall and quite good looking in boyish way. He was also American.

"Jack here is an ex-pat," Bunny explained. "He volunteer for the RAF while the rest of the Yanks were sitting on their thumbs."

"My mother is English," said Jack. "War bride from the war that was supposed to end all wars."

I liked him immediately.

I let Jack lead me to the floor. He really knew how to cut a rug and I was glowing again. At this point, I would have excused myself to powder my nose and remove my stockings. Silk was needed for parachutes so stockings were a precious commodity.  However, last dance, without my stockings to hold it in place, my roll-on rolled up and snapped my dance partner on the hand. I did not want that happening again. Besides, the band was playing a slow waltz and  Jack had his arm around me again.

It was a magic evening. I didn't dance with Jack again that first set, but he was always nearby when the music stopped. When the band took a break and my mother was persuaded (as she always was) to play a few songs on the piano, Jack suggested we take a walk in the fresh air.

"Look at that moon," said Jack.

I looked. It was full and partially covered with clouds. "Pretty."

"Pretty spooky," said Jack. "Have you ever noticed that the moon always looks like that in horror movies? If they show a moon like that in the sky, you know something weird is about to happen. A werewolf will howl. A ghost will flit across the moor..."

"If it's a werewolf movie, there has to be a full moon," I pointed out. "That's when the werewolf turns."

"Have you seen Dracula? Wolves and werewolves are the vampire's creatures of the night."

A neighbourhood dog howled. I shivered.

He took off his jacket and draped it over my shoulders, leaving his arm there. I suddenly felt much warmer.

"Love them." Jack leaned his head toward me. "Sometime I think it would be wonderful to have supernatural powers. Vampires have it made."

"But they have super reflexes and strength.They also can't be killed by bullets and they can turn into mist when in danger."

I could see the attraction that would be for a fighter pilot who's life expectancy was something I tried not to think about. I lifted my face to look at this lovely boy who I might never see again after tonight. Jack took that as an invitation to kiss me.

A few moments later, slightly breathless, I said, "I can see the attraction of being vampire, but I wouldn't want to give up G&Ts for blood."

Jack dipped his head and I lifted mine for another kiss, but he nuzzled my neck instead. It was lovely until I felt two sharp points against my skin.

"No!" I screeched and pushed him away. Turning so fast I almost lost my shoe, I ran back toward the hall. Jack was calling out to me, but I was too scared to stop and listen.

I dashed straight to the powder room and checked my neck in the mirror. No bite marks but there were two crescent shaped divots... fingernail marks.

Forcing myself to be calm, I powdered my nose and applied fresh lipstick. Later, when Jack found me and tried to explain, I laughed and told him I knew it was a joke all along. Silently, I hoped I'd never see him again.


This story is based on a true one told by my mother. However, I have no idea what happened to the fellow who pulled the trick on her, or even if he was a pilot. I trust he didn't die as a result of narrative causality. 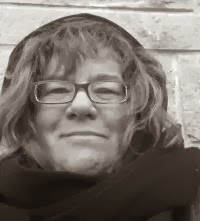 Alison Bruce has had many careers and writing has always been one of them. Copywriter, editor and graphic designer since 1992, Alison has also been a comic book store manager, small press publisher, webmaster and arithmetically challenged bookkeeper. She is the author of mystery, suspense and historical western romance novels.