on September 29, 2014
On a regular basis, writers get asked where their ideas come from. The ideas are all around us, like seeds blown on the wind. When they land on me, they generally find fertile soil, which is to say I am well composted and full of ... 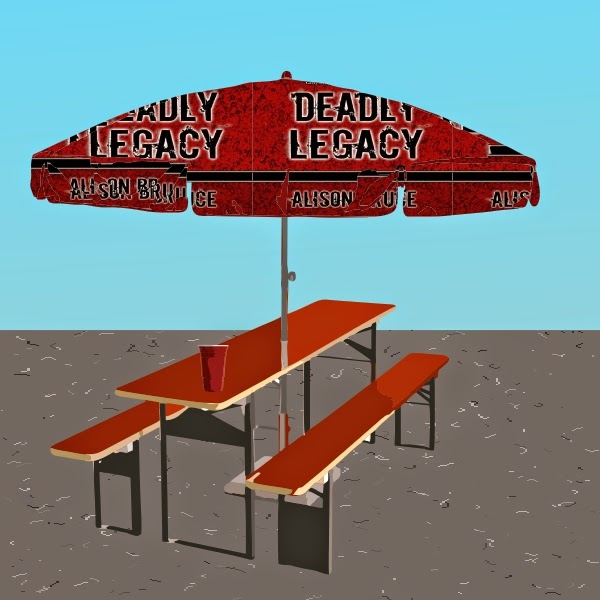 It was a bright, sunny day. I sat under a beer umbrella in the square drinking Sleeman Cream Ale from a plastic cup. Guelph was celebrating it’s annual Multicultural Festival and I was celebrating the end of a long hot day. In no hurry to go anywhere, I pulled out my notebook and started writing...

It was a bright, sunny day. I sat under a beer umbrella in the square drinking Sleeman Cream Ale from a plastic cup. The beer was warm. I’d been nursing it for an hour, waiting for my client to leave his office.


So started my first draft of Deadly Legacy. When I decided to set the story in the near future, bright and sunny gave way to incessant rain as a nod to Blade Runner. It took a while before “the client” got a name, but his physical description was cemented that first day.

His pale face was a map of worry lines and a fixed frown. He wore one of those endurable overcoats and a matching hat, both advertised as 'guaranteed to protect your clothes from anything nature or environmental pollution throws at you.' It made the short, stocky man look like a walking tent.


The walking tent was really a man in his eighties. His coat probably fit him just fine when he bought it. Both hat and coat were almost certainly Endurables. Nothing else would have held up for so long. The short, stocky, worried man was wearing a business suit and had just walked out of a bank. The client was like Frankenstein’s monster, made from gathered parts. Not so the detectives.

Kate Garrett and Jake Carmedy came to me in a dream. If I tried, I could probably deconstruct the different elements that got mashed together. I know that our dream are a result of our minds making sense (more or less) of the flotsam and jetsam of nightly mental housekeeping. But, from the start, Carmedy and Garrett were more than the sum of their parts. They were real characters in search of a story... a story that had been started, years earlier, on a bright sunny day. 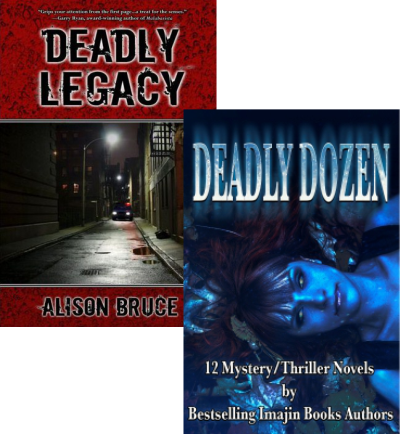 Deadly Legacy is available as part of the Deadly Dozen Collection as well as being a stand-alone novel.