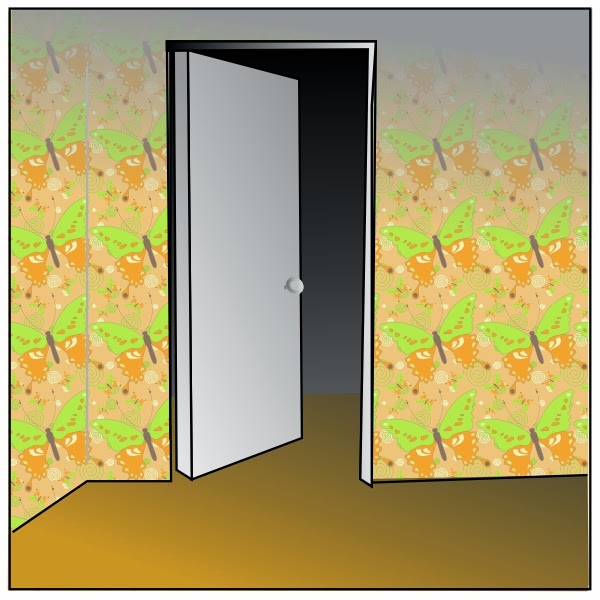 I used to have nightmares about wild animals loose in my bedroom. Evidently, tigers were a favourite for showing up. They came when my parents were out and I was left with my Nana. She used to shoot them for me.

I don't remember any of that.

I do remember my closet door. It never closed properly. The darkness escaping that slightly open door freaked me out at night. Pulling the covers over my head was the only escape.

Through my closet was the way up to the attic. We lived in an old home which creaked ominously as it settled at night. Racoons and squirrels regularly found their way into our eaves. There was a lot of aural fodder for a creative young girl's imagination.

Later, when I moved up to the attic, I became enured those natural sounds. But, before I fully opened my walk-in-closet door, I'd reach in and turn on the light. And before going to bed, I made sure the door was fully closed and latched.

To this day, I like doors to be full open or fully shut. In between gives me the willies. 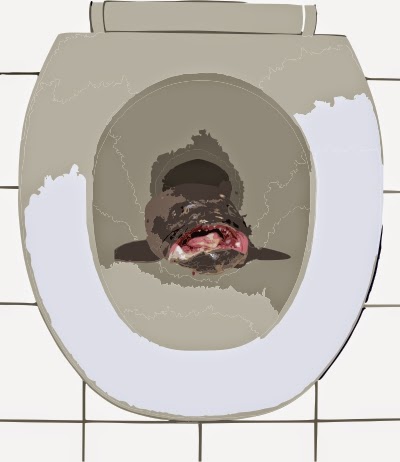 Related to closets, I don't like toilet lids left up. This isn't just the usual women's complaint about men leaving the seat up causing awkward moments when we sit without looking. I want the lid down too. That dark hole in the bottom of the bowl can be as bad as the shadows in a closet.

It's not that I believe the urban legends about snakes and the like coming up through the drains... at least I don't think it's going to happen to me here in Ontario... but you never know. (Anyway, it was a good story to tell my son to get him to put the lid down.)

Ghosts, in comparison, don't scare me. Well, I'm sure they could if they tried, but so can my children.

I saw my first ghost when I was six. It was my grandmother coming to say good-bye the night she died. Actually, that's the last ghost I saw. When my mother-in-law visited, I never saw her exactly. I just knew she was there checking up on her son. I could sense when she came and went and knew when she had moved on, satisfied that Ross was okay. (He was very sick at the time.) She made me a little nervous, of course, but my live father-in-law scared me more.

I've sensed other ghosts since then, but they've always been people I had a close connection with. One day I'm going to go on the Ghost Walk in downtown Guelph and see if I can meet some strange ghosts. The Albion Hotel, our oldest extant tavern, has several, including one of Al Capone's mistresses. Local legend says Capone used to stop at the Albion during (smuggling) business trips.

True or not, we have enough spectral action to have our own Ghost Hunters of Guelph whose goal is "is to reduce fear of the spirit world by increasing ones understanding of spirit energy."

Vampires, werewolves, and other creatures of the night make great stories and fun costumes for Halloween. Until I meet one, I don't think I'll worry about being scared of them. Even in stories, it's not the monsters but monstrous actions that are really frightening. If anything, having a monster to kill gives us a cure for our fear.