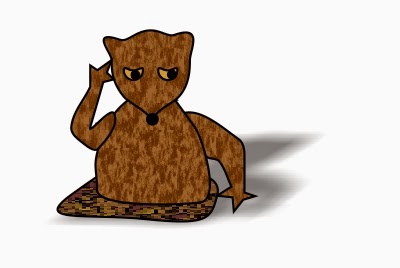 In Britain and Germany, it's the badger that has the power to predict the end of winter. When immigrants came to North America, they found more groundhogs than badgers so they became the critter to watch.

In 1887, the Punxsutawney Groundhog Club declared that Punxsutawney Phil was America's only true weather-forecasting groundhog. Maybe he was the first named prognosticator, but others followed.

In 1956, Wiarton Willie increased Groundhog Day's popularity in Canada. After all, how can a groundhog in Pennsylvania predict weather in Ontario? In Nova Scotia, we have Shubenacadie Sam. Maybe the prairie dogs take care of western Canada.*

Thanks to the movie Groundhog Day, Punxsutawney Phil is not only older, but much more famous than his counterparts. According to International Business Times:


Ever since the 1993 film "Groundhog Day" starring Bill Murray hit theaters, the quaint Pennsylvania borough of Punxsutawney has seen a spike in tourism. While the comedy wasn’t actually filmed in Punxsutawney, which is nestled 90 miles northeast of Pittsburgh, people from around the country each year visit to partake in the famous Groundhog Day event every Feb. 2.

Evidently, Murray was bitten by the groundhog twice during shooting. The bites were so severe, he had to have anti-rabies injections. This may be why no one up here wanted to make a movie about Wiarton Willy.

*EXTRA:  According to the Toronto Star, the prairies have Brandon Bob (Manitoba) and Balzac Billy (Alberta).

"But none of these marmots can hold a candle to Ontario’s own Wiarton Willie. He was front and centre in a hush-hush scandal in 2003, when two groundhogs apprenticing with Willie went missing in May that year. They were found months later, dead. There was one suspect : the territorial Willie."- Toronto Star, Mon Feb 02 2015