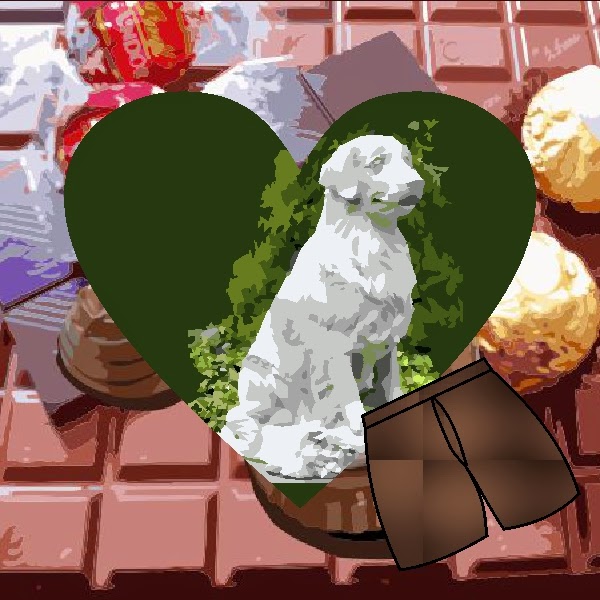 Julie reached for the tempting morsel on her pillow that hadn’t been there earlier. It was to be expected as standard in the famous hotel she’d found herself in. Especially on Valentine’s Day.

For a moment, just a moment, she allowed her mind to wander. A month ago she and her husband, Martin, had made the heart wrenching decision to put their beloved retriever, Mollie, to sleep. She’d had Mollie since a young girl – and her best canine friend had seen her though high school traumas, two “first loves” and her fairy tale wedding to Martin. She could bare her soul to her four footed friend like nobody else and couldn’t believe how much she still missed those all-knowing brown eyes and that thumping tail.

Martin tried, but he didn’t really understand the depth of her pain at losing Mollie. He wasn’t an animal lover to the degree of his wife. The trip to the first rate hotel downtown was his way of trying to get her mind on something else. Julie loved Martin and his concern for her touched her. She vowed she’d do her best to shake off the melancholy she’d been under since Mollie’s passing, if only for his sake.

The bathroom door opened and her handsome husband emerged. He looked at his wife and gave that crooked grin she’d always found so endearing. “Only one chocolate I see – do I have to fight you for it?” He might have only been partially kidding for his love of dark chocolate rivaled her own.

She held her hand open, with the decadent treat, towards him. “This one is definitely for you. Small reward for planning this weekend.”

He smiled at her, took the chocolate and carefully bit it in half. She grinned and reached for the rest of it.

“You know, there’s a first class chocolatier in the neighbourhood – how about we check it out tomorrow?”

Julie’s tongue delicately removed the last traces of chocolate from her lips. “I’d like that.”

His cell phone chirped and he glanced at it with an irritated look. “We can’t hide from everyone apparently.”

Julie understood his job would always be the third person in their marriage, which underscored again how much she missed Mollie. Her momentary lightness was gone and as Martin took the call, she tuned him out and climbed into bed. She overheard the words ‘meeting’ and ‘cheque or credit card’ as she retreated back into her world of sadness. Maybe tomorrow she’d feel better, maybe.

She’d almost drifted to sleep when he joined her and snuggled close. “Babe, I hope you’ve enjoyed this weekend. We need to do this more often, just get away and have time to ourselves.

“Hm-Hm..yes,” she murmured and gave into the release sleep would bring.

Six weeks later, spring was in the air and life had fallen back into its patterns. Still she struggled adjusting to life without Mollie. She missed the walks and her comforting presence. Martin was incredibly patient, but she began to fear she’d drive him away if she couldn’t snap out of it. More than once he’d carefully suggested she talk with her doctor.

Finally Friday, the end of another work week for both of them and Martin promised he’d be home on time, even hinting there might be a surprise. Julie arrived home first and began putting dinner together.
The slam of a car door announced her husband’s arrival, but she was surprised to hear the doorbell instead of his key in the lock. Opening the door she first noticed a bouquet of daisies – her favourite. Martin had an impish grin that was hard to resist.

“For me?” she asked, with an exaggerated flutter of long eye lashes. He leaned in to kiss her, but seemed to stumble. Julie pulled back with a puzzled look on her face. A colourful ribbon was wrapped tightly around his hand.

“Remember our weekend in the city a few weeks ago?”

“Um. I went shopping while we were there and had to wait until today to pick up the delivery. I hope you like it.”

Her eyes followed the bright ribbon that trailed from his hand to his feet, slack and then pulled tight. Her hands flew to her face where a smile spread from ear to ear as she beheld four small disorganized feet scrambling to find footing on the polished floor. The dark brown lab puppy’s tail wagged in a blur, picking up on Julie’s excitement.

She reached to scoop him up, her heart bursting with love for husband and joy for this precious gift.

“Does he have a name?” she finally managed to ask.

“You can rename him whatever your heart desires, babe, but his papers say “Berkshire Hill Valentine’s Chocolate”. 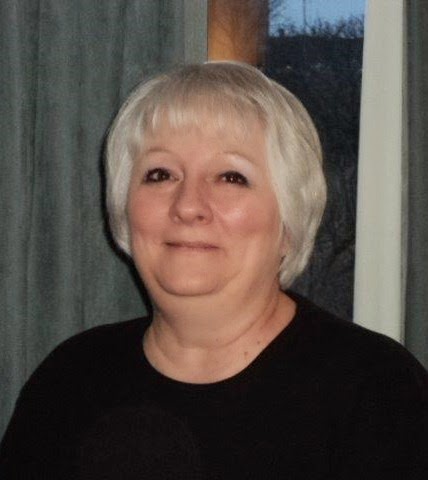 Liz Lindsay is one half of yet to be published author Jamie Tremain. Still working 9 – 5, this grandmother of six collaborates online with her writing partner, Pam Blance, and hopes they will be published in the near future.