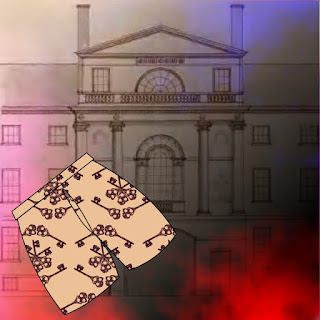 Sometimes it was hard to be amusing. Adilson Edgerow had a deadline on a short, mirthful locked room story, the kind of thing that had been his bread and butter for years.

He had been bouncing the glimmer of an impossible crime around his head but after half an hour all he had was a schoolboy-ish idea that involved a bad smell, a sealed bathroom and a note that said “If you want to know more, read ‘An Essay Concerning Human Understanding’”.

The punchline, “What is John Locke’s locked john?” was puerile, and had him in fits of unreasonable giggles for almost five minutes. This was made worse by the Wikipedia page on the philosopher which had mentioned the word epistemology. Adilson spent another delightful yet wasteful moment or two trying to decide if it was too much of a stretch to link the word to ‘he pissed ‘em off’, giggled some more and decided that he was being rather unproductive. He doodled:


John Locke,
decided at nine o’clock,
that all he wanted to be
was a student of epistemology,

and thanked God for Edmund Clerihew Bentley, whose eponymous poetic form always cheered him up.

Adilson stared out the window. The apartment was two blocks from the Dakota, a typical west-side mansion, and it looked out on a large shared balcony that doubled as the roof of the ornate reception areas underneath. The only vexing thing about the apartment was that the building, which dated from the thirties, had air-conditioning that was from the sixties.

Adilson was short, fat, old and always sweating, so he was transfixed by the nearby AC unit and the spotty faced idiot trying to fix it. It was directly across from his window, on the buttressed roof adjacent to the balcony. It had been wheezing away for two weeks, slowly getting more clogged with ice as it became less efficient. At the moment the icepack on its outside extended the full length and breadth of the unit, nearly nine feet long by four feet high. It melted a bit each day but came back stronger at night, He imagined it growing to iceberg size sometime soon, eventually causing the AC unit to crash through the balcony roof onto the marble floor below.

“And wouldn’t that be marble-ous,” he said to no one, giggling at his pun.

The entire sheet of ice thundered to the balcony and lay there, missing the butt-scratching moron by six inches and leaving a large dent in the balcony. Adilson shouted “Idiot, you’ve damaged the roof;” but he was too far away to be heard. Outraged, He summoned his apoplectic attitude and waddled out the door, ready to give him a piece of his mind.

Adilson huffed and wheezed round the corridor to the other side of the building and the balcony access. He opened it dramatically, bounced out, found the maintenance man had already left, and forgot there was a sheet of ice on the ground.

He stepped on it and with an ‘Oh-waw, oh-oh-oh-oh-oh-oh,’ followed by a final ‘Sqwawk,’ Adilson Edgerow slid across the slippery accelerant, gathering speed commensurate with his size, and careened over the edge of the building. He landed in the dumpster in the back alley where he hit his head on the sharp metallic edge, knocked himself out and slowly started to expire from loss of blood and shock. An hour later, when the dumpster was collected, Adilson Edgerow was very nearly dead, and by the time the truck delivered it to the Port Authority Terminal, he was.

Later that day Adilson’s agent, unable to get hold of a man who went out so rarely that he even had his groceries delivered, persuaded the doorman to check on him. After the staff swore he hadn’t left the building in months, the police were sent for. They could find nothing, the cause of death having melted in the harsh New York summer sun. Thus the mystery of Adilson’s disappearance began, and the media ran the story with jokes as egregious as any he had ever inflicted on his readership.

These were just some of the headlines that he received. He had in fact become more famous for his own final locked room mystery than for any he’d written, and this fame recharged interest in the sub-genre for about six months (which meant by the time everyone jumped on the bandwagon and wrote on the fad was already over).

It was left to his rival, the Canadian mystery writer Alberta Tuppence, to bequeath him an obituary/clerihew befitting his status and style. 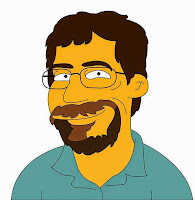 A four time Arthur Ellis (Unhanged) Award Nominee, Kevin Thornton is a writer for the local Municipality, a columnist for the Fort McMurray Today and Your McMurray Magazine, a Director of the Crime Writers of Canada and a board Member of both the Northern Canada Collective Society for Writers and the Fort McMurray Public Library. He has never been known, willingly, to split an infinitve.
Further thoughts may be found at Theoldfortamusingfromtheoilsands.blogspot.com