I tried to explain Erwin Schrödinger's thought experiment involving a cat and poison sealed in a box to my kids. It didn't go over very well.

"Simple. If there's yowling and the box is shaking, the cat is alive," said my son Sam.

"If it's a cardboard box, but this is a hypothetical box," said I.

"Then the cat's alive. You can't kill a real cat with a hypothetical box."

"It just means that until you know what something is, it could be anything."

"Then why not just say that?" 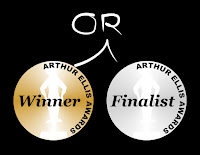 "Because "Schrödinger's Cat" sounds cooler." Which was a lame argument on my part, but an honest one.

Right now I have a "Schrödinger's Cat" type situation. Up until Thursday, May 26, at approximately 8:30pm, Deadly Season might be a winner of an Arthur. And it might not. Every finalist is in the same position. However, unlike the poor cat, death is not the other option. Whatever happens, we are finalists and that's pretty damned good on its own. 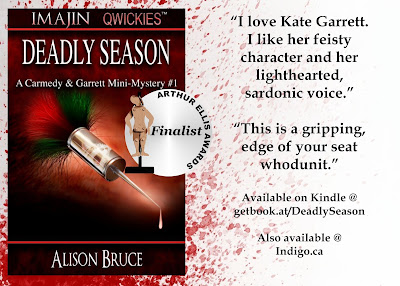