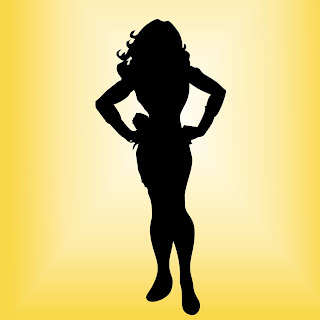 "Everyone's a hero in their own way."


I was doing a bit of research on cyber crimes when I came across this link to this article about heroes: 7 Types of Heroes by J.S. Morin.  Naturally I followed it.

The article didn't exactly contain groundbreaking information, but it did illustrate the different types of heroes and the types of stories they work best in. I only had one problem really: almost no women were used as examples.

The one woman named (as far as I know since some of the names I didn't recognize) was a good one, mind you. I'll forgive a lot from a person who uses Granny Weatherwax, the senior witch of Discworld, as an example. Even so I was driven by this shortage of women (and my own need to procrastinate) to balance the examples.


“Nobody is a villain in their own story. We're all the heroes of our own stories.”
George R. R. Martin

As a mental exercise, I tried to fit the heroes of Game of Thrones into the table. It doesn't work well because George R.R. Martin deliberately made it so. I lean that way too when I'm writing... though you won't find Pru Hartley or Kate Garrett turning themselves into assassins or killing family members in the bathroom.

Then I got to thinking about the examples that Morin and I came up with and realized there's a lot of grey area there too.

Superman and Wonder Woman are paragons, but they are also misfits. Harry and Hermione are misfits, but because they grew up in Muggle society, they are also our every-man when it comes to the magical world. The line between anti-hero and paragon can be one decision, or a matter of good or bad public relations. Prodigies and anti-heroes turn into wise old-timer (if they don't become villains and they survive that long).

“Your enemy is never a villain in his own eyes. Keep this in mind; it may offer a way to make him your friend. If not, you can kill him without hate — and quickly.”
Robert A. Heinlein


George R.R. Martin, Robert A. Heinlein and Joss (no middle initial) Whedon all have said, in one way or another, that everyone is a hero in their own story... or at least not a villain. I think we're all a bit of both, but mostly we're just people doing what what we think is best at the time.