What are you reading this summer?

on July 14, 2016
I melt in the heat and neither my laptop nor I function well when it's humid. I don't have air conditioning. I can't afford to spend every day in a coffee shop. So, I'm a fan of fans. And, in the hottest parts of the day, I'm a fan of sitting in front of a fan with an ice tea and good book. This makes summer an ideal time an ideal time to catch up with books I've been meaning to read. 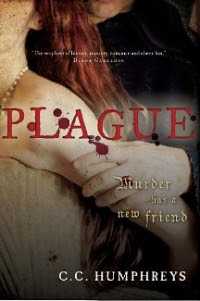 I just finished Plague by C.C. Humphreys, in preparation for reading Fire, the second in the series, which was a gift. This is a Historical Mystery/Suspense in the vein of Paul Doherty (an author I need to catch up with). Like Doherty, Humphreys gives the reader an eye level view of history.

In his author's note at the end, he mentions growing up in London and how the scars from the plague still haunt the metropolis. My mother was a Londoner before she emigrated to Canada. She returned with our family when I was ten. She took us to the usual tourist spots: the Tower, the British Museum,  Trafalgar Square, Oxford Circus... But the first thing she showed us was were the plague pits. Not all of them, of course (we were only in London for a couple of days) just the ones she walked over everyday when she worked in the City. I don't remember everything about that trip, but I remember that. It gave me chills then and now. 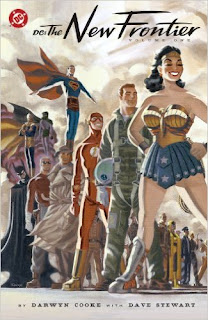 For something completely different, my summer reading so far also includes DC: The New Frontier.

In fact, it isn't as different as it seems. Like Plague, it's all about the history. In this case, the era is post WWII United States.

"In the 1950s, Cold War paranoia has resulted in the mystery men of the Golden Age being outlaws." Or, what the period between the Golden Age of comics and the Silver Age would have been if written from the perspective of hindsight and no fear of being persecuted for criticizing the politics of the time.

History, politics, superheroes... It's like it was made to order for me. After graduating with an honours degree in History and Philosophy, I managed a comic book store for five years. I have a Wonder Woman poster signed by George Perez and the Perez Wonder Woman comics in pristine condition in my basement (along with 2000+ other books).

So, what are you reading this summer?