Nuts and Bolts of Fiction Writing 1

A Question of Character
By Alison Bruce

There are a few questions that regularly crop up in interviews. Three are interrelated.
You might think that number three isn't related, but it is.

There's a chicken and the egg relationship between ideas that lead to plots and character development. If you're a diehard plotster, the idea has to come first. The idea leads to a plot and the plot dictates what characters are needed. For instance, if you're writing a cozy, you'll probably steer clear of psychopaths and if there's a romance in there, you'll need to find a romantic hero.

If you're a pantster, characters probably come first, or a very close second behind the idea, but definitely ahead of the plot. I start off this way, coming up with a character and a situation and then seeing if there's a story there. Since I write in first person most of the time, the main character often starts off as an aspect of myself or someone I can identify with in some way. Around that core I build a new person, the hero of the story. After that, I have to go through the process of finding supporting characters that fit the needs of the story.

Where do the characters come from? Same place as the ideas. Out in the world.

Writers need to be good observers (unless they're actively writing when they can be totally oblivious). I love working in coffee shops because I can people-watch as well as write. I also strike up conversations with strangers (without being creepy about it) usually while waiting in lines. And let's face it, family, friends and co-workers should know they are grist for the writing mill.

Reading, both fiction and nonfiction, can be a source of inspiration. Research can help. However, if you are writing about police officers (for example) and you aren't one, research will only go so far. Interview people.

My last piece of advice is to document everything you find out or come up with about your characters. You might need to look it up later. 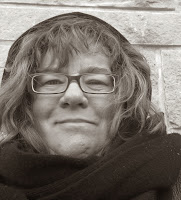 Alison Bruce writes History, Mystery and Romantic Suspense.  Copywriter, editor and graphic designer since 1992, Alison has also been a comic store manager, small press publisher, webmaster and arithmetically challenged bookkeeper. Three of her novels have been finalists for genre awards including the Arthur Ellis Award for excellence in crime writing.

Readers: Who is your favourite fictional character?

Writers: Which fictional character do you wish you had created?