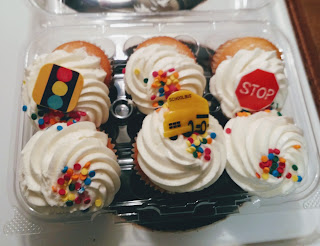 It's almost that time of year again.

Labour Day might as well be New Year's Eve for me. Even though I'm long past worrying about who my new teacher is going to be, I still get the jitters about the first day of school.

Working as a crossing guard for the last eight years, my jitters have less to do with how much I forgot over the summer as how much the drivers have forgotten. The first few days back can be a bit nerve wracking.

It will be nice to see the kids. I might have trouble recognizing a few. I swear they grow faster in the summer than the rest of the previous year. What really bowls me over is the ones who have moved on to high school. I see them on the way to the bus and it makes my head spin. I hardly recognized my own sons when they started high school and I see them all the time.

I'm going to miss being able to sleep in. I don't usually sleep in, but during the summer I can. All my other work can be done as easily (more easily for me) after 10am. (Note to self: rememember to reset alarms.)

One of the sad parts about back to school was that I missed not seeing my kids all the time. I like having them around in the summer. This year, I might actually see one of my sons more often. When he hasn't been working he's been doiing stuff with his friends. Starting September, he'll have to be home earlier, at least on school nights.

My body is going to complain about going to the corner again. I meant to do more active stuff this summer but I was recovering from a car accident and Bell's Palsy and it was too hot/cold/wet/dry and I didn't feel like it. That's okay. I'll do better in the fall. (I won't have a choice.)

At least I have cupcakes... 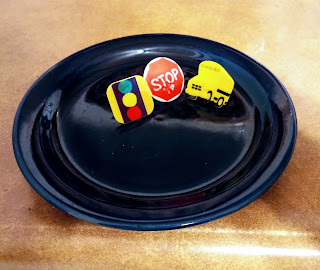