Memories of a Coffee Drinker 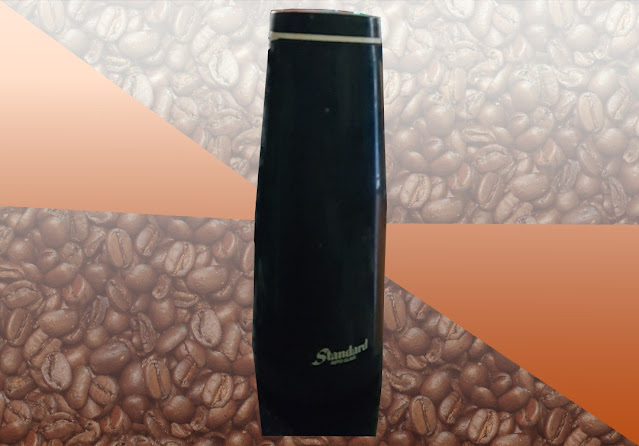 I  didn't start drinking coffee until I left home.

My mother would have been the first to admit that brewing coffee wasn't her forte. She only pulled out the percolator for parties when, by the time coffee was being served, the guests were too drunk to care.

I didn't start drinking coffee until a friend brewed up camp coffee you could practically stick a spoon up in. Did I enjoy it? Not really. But it hit a spot, on a cold north Alberta night, that needed hitting.

But there's another reason I might have been hesitant to drink coffee.

When I was growing up, we had a station wagon that had a mattress fitted to the back for my sister and I to lie out on. I do mean fitted. It was shaped around the wheel wells. Dad made it for a camping trip to Mexico the winter my sister and I had Whooping Cough. Later we'd use the mattress to go on long trips and to go to the drive-in.

Back then you paid per car and there were no seat belt laws. To save more money, Mum would pack a picnic dinner, soft drinks for my sister and I, and a thermos of coffee for Dad and herself. If we were REALLY lucky, we'd be allowed to go to the snack bar for an ice cream sandwich.

My sister would fall asleep before the main attraction started. I usually stayed awake, but my father often dozed off. There was always one cup of coffee saved for the trip home to wake him up.

Now Dad never had much of a sense of taste until he stopped smoking. When we took hot drinks on the road, he could drink half my tea before passing me back a cooled mug of his coffee. Even so, he noticed that this coffee was a bit off.

"Did you notice the coffee tasted a bit funny, Jo?"

I don't know what the answer was. I only know the question because that's how Mum related the story later. We got home. Mum rinsed out the thermos and a dead mouse fell into the sink. Mum says she screamed and I believe her.

Later, when I became a coffee drinker, I'd offer to make brew the coffee in the morning when I went home to visit.